Find out more about JG Jesman’s debut novel Chisoni, or Conversations on a Plane about Life and Death
More about the book! 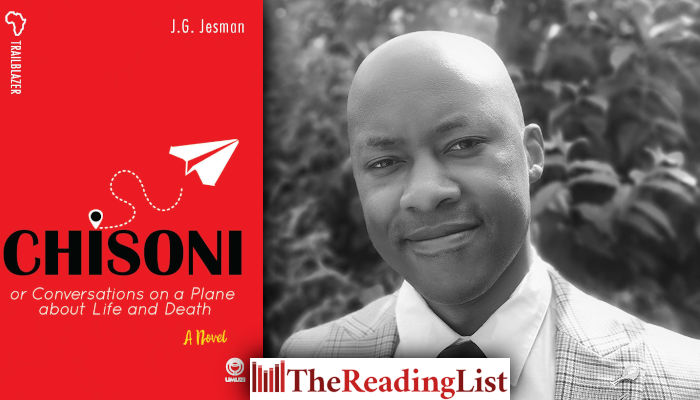 Chisoni, or Conversations on a Plane about Life and Death by JG Jesman is out now from Penguin Random House.

Following his brother’s funeral, Chisoni, a 33-year-old Malawian, embarks on a long-haul flight to England, where he lives. His neighbour on the plane is a loquacious Irishman who speaks openly about many things, including the loss of his own father. Over the course of their 13-hour flight, the two form a genuine connection, sharing their thoughts, fears and ideas about life and death.

A man with high anxiety, Chisoni analyses his childhood, his family, and the events that led to his brother’s untimely death. He is consumed with guilt for his role in his brother’s decline. In his jacket pocket is a note, addressed to their father, handwritten by his brother shortly before his death. In a drunken hand, it begins: Dad, I’ve been trying to meet you but all efforts are proving futile …

Chisoni cannot bring himself to look at the note, let alone deliver it. Is it his duty to fulfil his brother’s request, or will doing so only break their father’s heart?

Thought-provoking and at times humorous, this honest account of grief embraces the themes of addiction, brotherhood, and the relationship of fathers and sons.

JG Jesman grew up in Malawi and works as an animator in the UK. Before writing this first novel, he ran a blog in which he invited academics, authors and creatives to discuss the human condition.