Field Guide to Renosterveld of the Overberg – a vital addition to any nature lover’s bookshelf
More about the book! 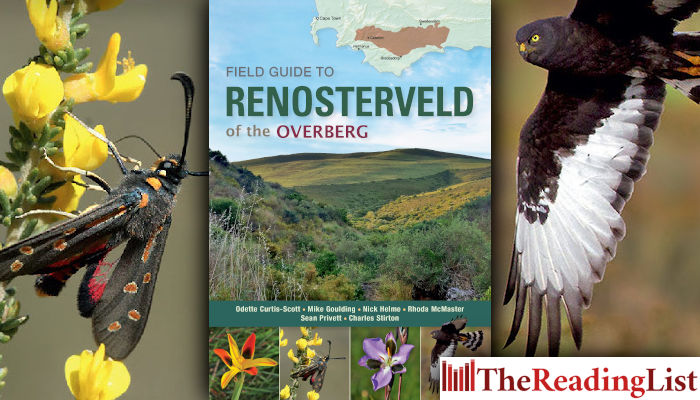 Field Guide to Renosterveld of the Overberg is out now from Penguin Random House SA.

This is the first and only field guide to the Renosterveld.

Part of the Fynbos biome, Renosterveld is one of the world’s most threatened vegetation types, with just 5% of its original extent remaining.

Focusing specifically on the Renosterveld of the Overberg region in the Western Cape, this field guide is the first of its kind to cover this highly endangered ecosystem, characterised by nutrient-rich soil which has been exploited for agriculture.

Field Guide to Renosterveld of the Overberg promises to be an enduring record of this unique and severely threatened ecosystem.

It will be a vital addition to any nature lover’s bookshelf.

Odette Curtis-Scott is the founder and Director of the Overberg Renosterveld Conservation Trust and has spent many years fighting for the preservation of this ecosystem. In 2014, she received the Botanical Society of South Africa’s Flora Conservation Award in recognition of her work. Curtis-Scott has worked with Mike Goulding, Nick Helme, Rhoda McMaster, Sean Privett and Charles Stirton to develop this material – a team of experts committed to preserving the Renosterveld.