Feminism Is: A collection of fresh, contemporary feminist writing from South Africans
More about the book! 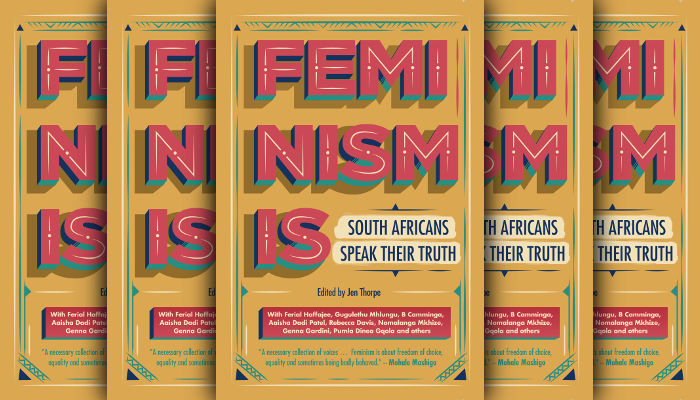 ‘Feminism is about power, potential, passion, and rights, but it keeps changing in purpose and meaning …’

Do you call yourself a feminist? What does this mean in your daily life?

In Feminism Is, South African feminists explore their often vastly different experiences and perspectives in accessible and engaging voices.

In an accessible and engaging way, the book delves into what feminism means in South Africa today. It explores feminist inspiration, feminist anger, inclusions and exclusions, inter-generational issues, and the varied ways to engage in feminist practice.

Feminism Is touches on issues as wide-ranging as motherhood, anger, sex, race, inclusions and exclusions, the noisy protest and the quiet struggle. It will challenge your thinking and inspire you to action, reaffirming the urgent necessity of feminism in South Africa today.

Sometimes painfully relatable, other times outrageously hilarious, every page is sprinkled with vulnerability

Fierce, incisive, compassionate and thoughtful. This is an essential collection of diverse voices.

Jen Thorpe is a feminist writer and researcher based in Cape Town. Her first novel, The Peculiars (2016), was longlisted for the Etisalat Prize and the Sunday Times Fiction Prize. She has published poetry, flash fiction, and short stories on many platforms including Aerodrome and Books LIVE.