Exciting news! A film adaptation of Damon Galgut’s The Quarry will be released in 2020
More about the book! 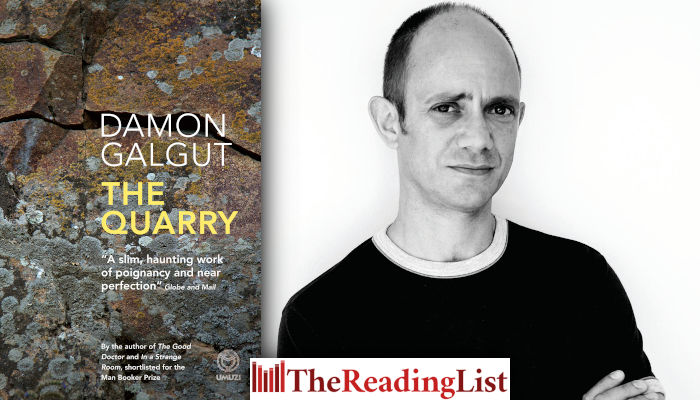 A film adaptation of The Quarry by Damon Galgut is currently in post-production!

The Quarry, first published in 1995, tells the story of a man who commits a murder on a lonely stretch of road. The victim is a religious minister on his way to take up a post in a nearby town.

The murderer steals the dead man’s identity, only to discover that one of his first duties as the new minister is to bury the body that has just been found close to a disused quarry. The head of the local police takes a close interest in the minister’s work.

Directed by Scott Teems (That Evening Sun) and to be released next year, the film stars Michael Shannon and Shea Whigham, who previously co-starred in the American television series Waco. Production began in New Orleans, with Laura D Smith and Kristin Mann producing in partnership with Rockhill Studios, Metalwork Pictures and Gold Star Films. The screenplay was co-written by Teems and Andrew Brotzman. The film has been adapted for a Texan setting.

Galgut is the author of A Sinless Season, Small Circle of Beings, The Beautiful Screaming of Pigs, The Quarry, The Good Doctor, The Impostor, In a Strange Room and his latest novel, Arctic Summer. His work has twice been shortlisted for the Man Booker Prize. He lives and works in Cape Town.

Praise be! The wait is finally over. The Testaments by Margaret Atwood is out now!