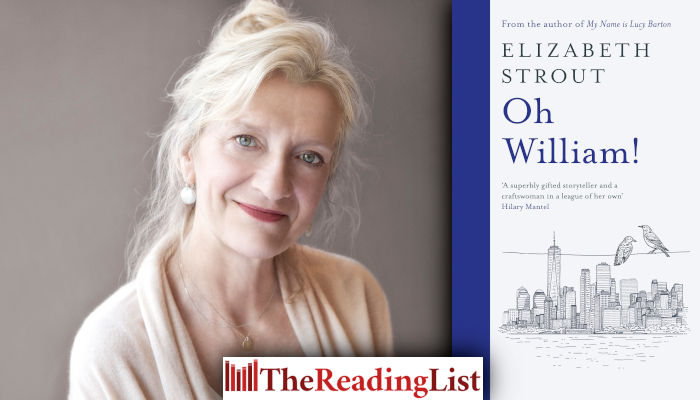 Elizabeth Strout is the Pulitzer Prize-winning, bestselling author of My Name is Lucy Barton. She chatted with Lauren McDiarmid about her novel, the 2022 Booker Prize-shortlisted Oh William!, which sees the much-anticipated return of her beloved character, Lucy, what made her continue with the series, and the person who inspired her to become a writer.

It was a moment with actress Laura Linney that inspired me to write Oh William! Laura had played Lucy Barton in a one-woman show in London, and then on Broadway, and one day during a rehearsal, she murmured something about William, and pushed her glasses to the top of her head. I suddenly thought: Oh, William! I realised then that he had his own story – of course he did, who doesn’t? – and that certain parts were already there in My Name is Lucy Barton. So I was off and running.

The book is set between New York and Maine. Though I spent much of my childhood in Maine, the area in the book where Lucy travels to with William is not very familiar to me, and Lucy herself had only been to Maine once before, so it was a lot of fun to try and see it through her eyes. New York, on the other hand, is very familiar to me, and so the scenes set there came to me from my observations.

Lucy and William have both taken their hits, and in the book they are provided with the chance to keep growing in their familiarity with each other. Lucy grows as she has this later-in-life, close-up view of William. She accepts that she doesn’t know him as well as she thought (and yet she knows him, I think, as well as anyone can know him). But she is still Lucy. For example, she does not realise that the professor at the college was jealous of her, which is why he hadn’t advertised her reading. This is because she’s Lucy; she doesn’t see her own self-worth. But William sees it.

Lucy is not me. But she is accessible to me in a way that makes writing about her enjoyable. When she says she writes to make people feel less alone, that is true for me as well.

My mother had to have been one of the reasons I became a writer. Her own observations of people sparked an enormous curiosity on my part from a very young age. She also gave me notebooks and encouraged me to write down everything that had happened in the day. Honestly, I have no memory of myself not being a writer, it started that long ago.

However, it wasn’t until my early forties that I was actually published – and I’m so glad for it. I had been writing for my entire life, and what kept me going was my intuitive understanding that the work was not yet good enough, but that if I kept going it would be. So by the time I was published, I was not swept off my feet by it, if you see what I mean. I just kept on going as I had the first thirty-five years of my life, always holding myself to a high standard.

Oh, William! is out now.

Lucy Barton is a successful writer living in New York, navigating the second half of her life as a recent widow and parent to two adult daughters. A surprise encounter leads her to reconnect with William, her first husband – and longtime, on-again-off-again friend and confidante. A luminous novel about the mysteries that make up a marriage, about discovering family secrets late in life that rearrange everything we think we know about those closest to us, and the way people continue to live and love, against all odds.