Don’t miss Vanessa Govender in Chatsworth discussing her book Beaten but not Broken and 16 Days of Activism
More about the book! 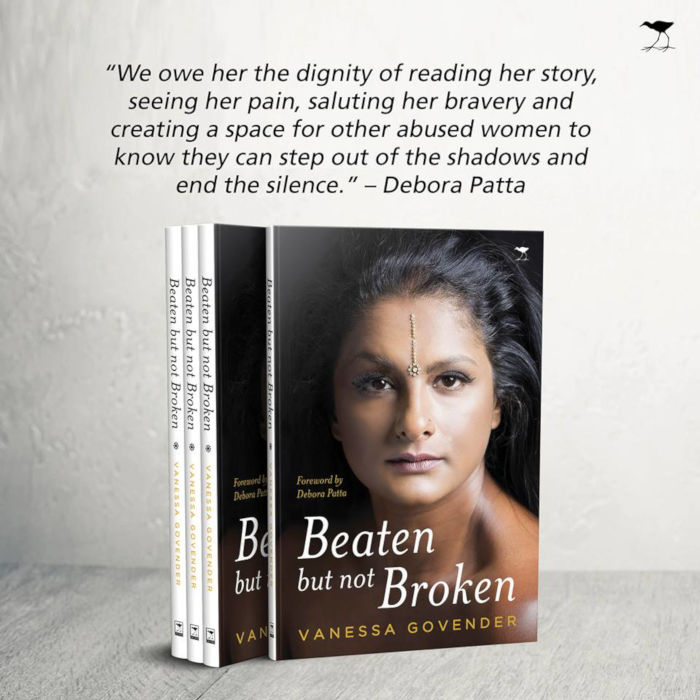 Vanessa Govender will be in Chatsworth, Durban to chat about her new book Beaten but not Broken, and commemorate the annual 16 Days of Activism campaign.

In Beaten but not Broken, veteran TV journalist Govender tells a graphic story of extreme abuse, living with the pain and ultimately how she was saved by her own relentless fighting spirit to find purpose and love.

Govender will be in conversation with CJ Benjamin.

Join us as we not only commemorate the annual 16 Days of Activism campaign but also honour a woman of true substance and courage- veteran television journalist, Vanessa Tedder, who recently launched ‘Beaten but not Broken’. pic.twitter.com/qCumqAEPKN

At the height of her journalism career, more than one million households across the country knew her name and her face. Her reportage on human suffering and triumph captivated viewers, and with it Govender shot to fame as one of the first female Indian television news reporters in South Africa.

Yet Govender, a champion for society’s downtrodden, was hiding a shocking story of her own. In Beaten but not Broken, she finally opens up about her deepest secret – one that so nearly ended her career in broadcast journalism before it had barely kicked off.

She was a rookie reporter at the SABC in 1999. He was a popular radio disc jockey at a radio station catering to nearly half a million Indian people across South Africa. They were the perfect pair, or so it seemed. Behind the scenes the bruising punches, the cracking slaps, and the relentless episodes filled with beatings, kicking and strangling were as ferocious as the emotional and verbal abuse he hurled at her. No one would know the brutal and graphic details of Govender’s story … until now.