Don’t miss the launch of These Are Not Gentle People by Andrew Harding at Bridge Books (17 Oct)
More about the book! 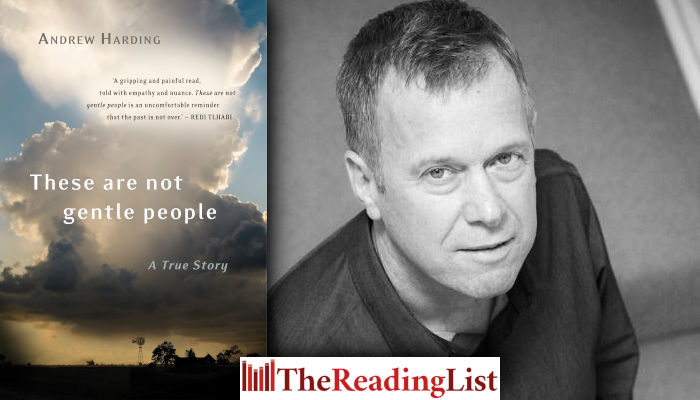 Join Bridge Books and Pan Macmillan South Africa for the launch of Andrew Harding’s new book, These Are Not Gentle People.

That page also gives the option for buying the book in advance!

Remember your mask. Social distancing will be in place. Parking in front of Rand Club, accessed at Loveday and Fox streets.

At dusk, on a warm evening in 2016, a group of forty men gathered in the corner of a dusty field on a farm outside Parys in the Free State. Some were in a fury. Others treated the whole thing as a joke – a game. The events of the next two hours would come to haunt them all. They would rip families apart, prompted an attempted suicide, breakdowns, divorce, bankruptcy, threats of violent revenge and acts of unforgivable treachery.

These Are Not Gentle People is the story of that night, and of what happened next. It’s a courtroom drama, a profound exploration of collective guilt and individual justice, and a fast-paced literary thriller.

Award-winning foreign correspondent and author Andrew Harding traces the impact of one moment of collective barbarism on a fragile community – exposing lies, cover-ups, political meddling and betrayals, and revealing the inner lives of those involved with extraordinary clarity.

The book is also a mesmerising examination of a small town trying to cope with a trauma that threatens to tear it in two – as such, it is as much a journey into the heart of modern South Africa as it is a gripping tale of crime, punishment and redemption. When a whole community is on trial, who pays the price?

Andrew Harding is the author of the internationally acclaimed The Mayor of Mogadishu and a foreign correspondent for BBC News. He left Britain in 1991 and has since lived and worked in the former Soviet Union, Asia, Kenya, and – for the past decade – in South Africa. His radio and television reports have won him international recognition, including an Emmy. He currently lives in Johannesburg with his family.