Don’t miss the launch of Gérard Labuschagne’s fascinating and hair-raising book The Profiler Diaries 2 (30 Nov)
More about the book! 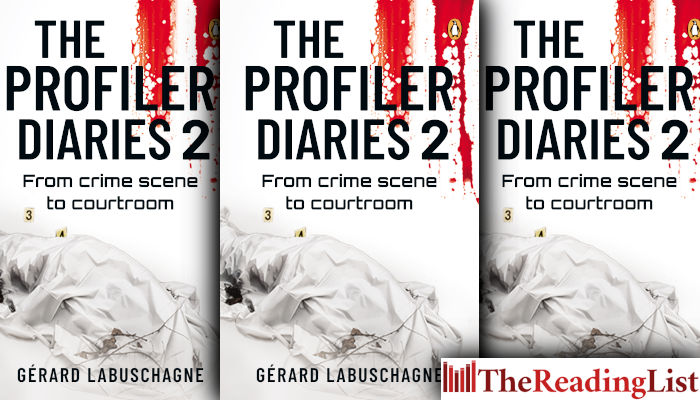 Penguin Random House invites you to the launch of The Profiler Diaries 2: From Crime Scene to Courtroom by Gérard Labuschagne.

The Profiler Diaries 2 is a fascinating – and often hair-raising – glimpse into what it was like to be a profiler in the world’s busiest profiling unit.

In this second instalment of The Profiler Diaries, former South African Police Service (SAPS) head profiler Dr Gérard Labuschagne, successor to the legendary Micki Pistorius, recalls more of the 110 murder series and countless other bizarre crimes he analysed during his career. An expert on serial murder and rape cases, Labuschagne saw it all in his fourteen and a half years in the SAPS.

Often stymied by a lack of resources, office politics and legal incompetence, Labuschagne and his team were nevertheless determined to obtain justice for the victims whose cases they were tasked with investigating. Tracking down a prolific serial stalker, linking the murders of two young women in Knysna, assessing a suspect threatening to assassinate Barack Obama and apprehending a serial murderer of sex workers are just a few of the intriguing – and often terrifying – cases he covers in his second book, The Profiler Diaries 2.

As Labuschagne says, catching a killer is one thing; getting them convicted in a court of law is an entirely different ball game. This book shows how it is done in fascinating detail.

Join us at EB @Brooklyn_Mall for a book launch for The Profiler Diaries 2 by Gérard Labuschagne.@PenguinBooksSA @GNLabuschagne