Donate to help a brilliant writer Terry-Ann Adams buy a telescope to assist her near-sightedness
More about the book! 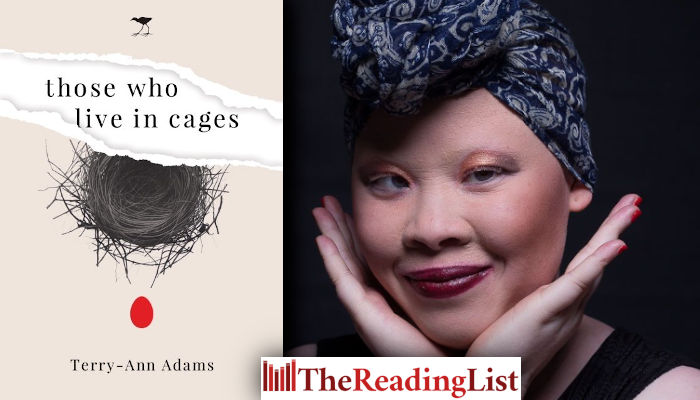 Terry-Ann Adams, author of the truly brilliant Those Who Live in Cages, is crowdfunding to buy a telescope that will assist her in her near-sightedness.

As Terry-Ann says, ‘Just think of all the things I can write when I can finally see.’

‘For as long as I have been alive, I have always wanted to see the line at the end of the ocean.’

Hi, I am Terry and I have albinism. That is the opening line to almost all my written communications. I might as well mention it up front, right? It would be the first thing you see if we had been talking in person. Having albinism has taken up a lot of space in my life. It has dictated how I move around. Today, I share with you a slice of my lived experience, how my albinism has affected how I see the world.

Albinism is a genetic condition that is characterised by the absence of pigment in the hair, skin and eyes. People with albinism are often visually impaired due to the lack of pigment.

I remember getting my first pair of glasses. I couldn’t have been older than three when my uncle took me, my grandparents and my mother, in his old copper baby Cressida, to UJ when it was still RAU. By that time, I was already well aware that I don’t see as well as most people and that my eyes moved from side to side. This was made clear to me by my cousins, who would switch off the lights without warning so that they could see my pupils go wide and by them constantly reminding me that my eyes move like a snake. I digress, anyway, we were at RAU to see a professor of optometry recommended by someone at my mother’s job who happened to be blind.

Tests were done, notes were written and two weeks later I had a dark brown pair of aviators. (This was also the week that my hair had to be cut because I had sores, so the makeover was very apparent.) I don’t remember having an ah ha moment, or better sight, I just remember that I could look up outside without almost blinding myself.

Ever since then, in the quest for sight, I have been to optometrists, ophthalmologists and eye institutes and I have worn countless pairs of glasses and sunglasses. Each experience bringing discomfort and not much relief. And as I sat with my nose pressed against the chalkboard in my grade 7 math class, I wondered, is this really going to be my life? I found out last month, 15 years after that moment, that it doesn’t have to be. Technology has finally caught up with me and my nystagmus and I can finally see the subtitles on the TV.

This brings me to my crowdfunding initiative – turns out sight ain’t cheap. The miracle gadget that will help my near-sighted, legally blind self see the chalkboard from the back of the class is a bioptic telescope. Bioptic telescopes, like the name suggests, bring images that are far away closer so that extremely nearsighted people like me can see them. The feeling I got when I saw the smallest letters on the eye chart is indescribable. Let’s just say my wedding day lost its place as the best day of my life.

The telescope prescribed by my optometrist, who is a low-vision specialist, is R30k, a giant number for one person. And that’s why I am reaching out for help. Just think of all the things I can write when I can finally see.

And while you’re at it, buy a copy of Those Who Live in Cages. A more lyrical book you’ll be unlikely to find.

Tags Jacana Media Terry-Ann Adams Those Who Live In Cages