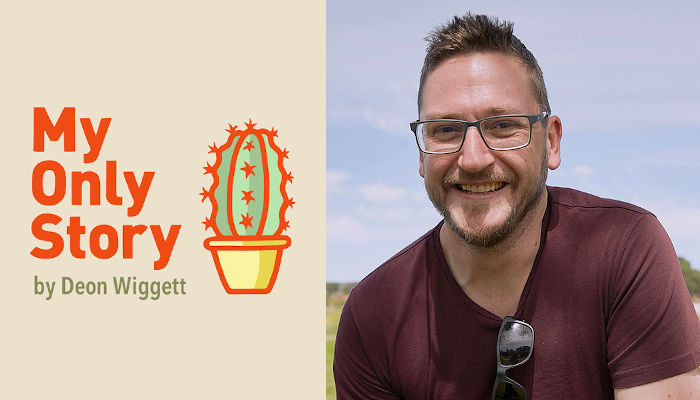 In November last year Wiggett and News24 co-published a series of podcasts called My Only Story in which Wiggett exposed Willem Breytenbach, a former Media24 executive, teacher and digital entrepreneur, as an alleged sexual predator. Breytenbach has also been accused of sexually molesting several schoolboys at three schools where he taught from 1989 to 1994, among them Grey College in Bloemfontein.

The podcasts, however, were only the tip of the iceberg. In his book, Wiggett will track Breytenbach’s trail of alleged abuse from Kroonstad, where he grew up, to Bloemfontein, the small towns of Willowmore and Riversdale, and finally to Cape Town, where he is said to have raped Wiggett and other men. Wiggett will also, for the first time, tell the full story of his own rape.

But Wiggett’s main purpose with the book is to expose the enablers of Willem Breytenbach and the system of complicity. Breytenbach, it appears, remained safe incident after incident, while his enablers covered up his alleged deeds.

‘Ever since his high-school days, people have covered up for Breytenbach,’ says Wiggett. ‘Men like him will always do what they do, but he was enabled by the teachers and executives around him, who just looked the other way for 40 years.

‘His enablers should have protected children, but chose to rather protect their reputations. We all make mistakes, and hopefully more of his enablers will seize this opportunity to finally get on the right side of the story.

‘But that’s not really the point. The point is to help teachers and parents and executives recognise the extent of what is happening right under their noses; to help them to fulfil their legal obligation to report the crime; and to share my experience with all the grown-ups who have the massive and honourable task of protecting boys and girls.’

My Only Story will be published in English and Afrikaans.

Breytenbach is facing criminal charges of sexual and indecent assault. His next court appearance in the Cape Town Magistrate’s Court is on Tuesday 4 February.