Cover reveal! Feast your eyes on the Catalan Edition of Kopano Matlwa’s Coconut
More about the book! 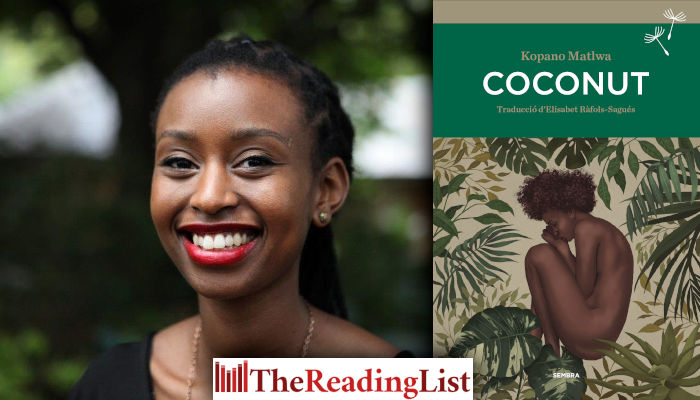 The novel was translated into Catalan by Elisabet Ràfols Sagués, and the new edition features a cover illustration by Marta Bellvehí. It will be in bookstores from 17 February 2020.

Get a taste of the translation here:

‘You will find, Ofilwe, that the people you strive so hard to be like will one day reject you because as much as you may pretend, you are not one of their own.’

Coconut, Matlwa’s award-winning debut novel, was first published in 2007 Jacana Media. The book, which deals with growing up as a black child in a white world, became a huge bestseller. It has previously been published in English, French, Spanish and Swedish.

The publisher announced the new book on its website:

‘Following the great success of the Catalan translation of Florescence, we publish Coconut, the first and acclaimed novel by Kopano Matlwa, which won the prestigious Wole Soyinka Prize for Literature in Africa, considered as the African Nobel Prize, and the European Union Literary Award.

‘Written with a lyrical boldness that causes us to question who we are and who we want to be in the society of appearances, Coconut intertwines the lives of Ofilwe and Fikile, two young people in Johannesburg who demonstrate the weight of racial prejudice, aesthetic pressure, self-identity and gender-based violence against black women in the post-apartheid era.

‘A necessary story about young people seeking their identity between the racism, classism and sexism that prevail in the world we live in. An immersion in modern South Africa from one of the most outstanding young African writers today.’

Love Love Love the Catalan cover of Coconut ❤ Thank you @SembraLlibres for this beautiful design 😘 pic.twitter.com/fMkCdYrcAH

Don’t miss the Eastern Cape launch of Khaya Dlanga’s new book, These Things Really Do Happen to Me