Cilka’s Journey – the sequel to the international bestseller The Tattooist of Auschwitz – based on a true story of love and resilience
More about the book! 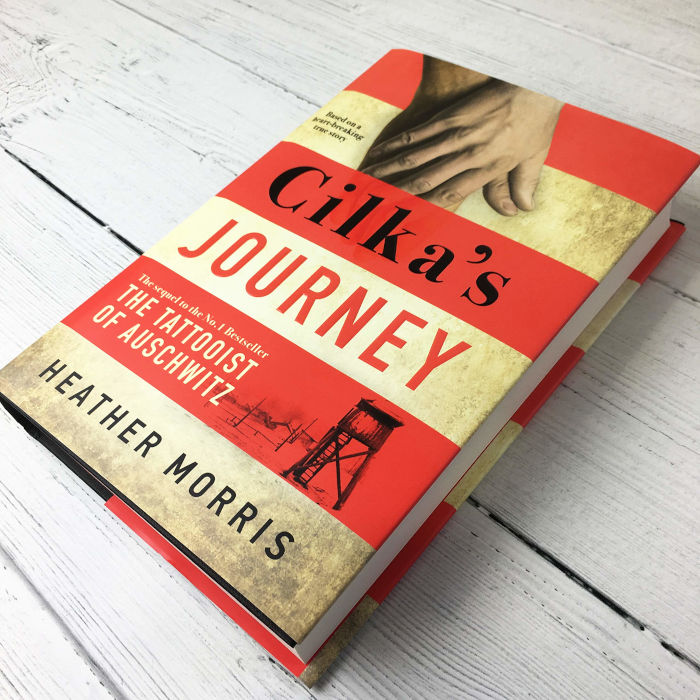 Based on the heartbreaking true story of Cilka Klein, Cilka’s Journey is the sequel to the internationally bestselling phenomenon The Tattooist of Auschwitz.

Her beauty saved her life – and condemned her.

Cilka is just 16 years old when she is taken to Auschwitz-Birkenau Concentration Camp, in 1942. The Commandant at Birkenau, Schwarzhuber, notices her long beautiful hair, and forces her separation from the other women prisoners. Cilka learns quickly that power, even unwillingly given, equals survival.

In a Siberian prison camp, Cilka faces challenges both new and horribly familiar, including the unwanted attention of the guards. But when she makes an impression on a woman doctor, Cilka is taken under her wing and taught new skills. Cilka begins to tend to the ill in the camp, struggling to care for them under brutal conditions.

Cilka finds endless resources within herself as she daily confronts death and faces terror. And when she nurses a man called Ivan, Cilka finds that despite everything that has happened to her, there is room in her heart for love.

‘She was the bravest person I ever met’ – Lale Sokolov, The Tattooist of Auschwitz

Born in New Zealand, Heather Morris lives and works in Melbourne, Australia. In 2003, she met Lale Sokolov, a meeting that changed both their lives. As their friendship grew , he entrusted her with the task of telling the world the innermost details of his life during the Holocaust.