Changing the way we think about African fiction: See what’s out from Cassava Republic Press
More about the book! 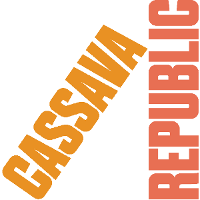 Cassava Republic Press believes contemporary African writing should be rooted in African experience in all its diversity, whether set in filthy-yet-sexy megacities such as Lagos, in little-known rural communities, in the recent past or indeed the near future.

Cassava Republic Press is represented locally by Pan Macmillan South Africa. Take a look at the books available from the partnership: 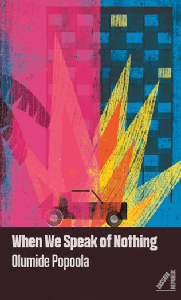 When We Speak of Nothing by Olumide Popoola

“Some of the women walked so slow they were, like, floating. For real. Heads perfectly straight. Hips swaying, left, slow, right, slow, step, slow. If you didn’t concentrate you would think they weren’t moving at all, their bodies just hanging in space …”

Best mates Karl and Abu are both 17 and live near Kings Cross. Its 2011 and racial tensions are set to explode across London. Abu is infatuated with gorgeous classmate Nalini but dares not speak to her. Meanwhile, Karl is the target of the local “wannabe” thugs just for being different.

When Karl finds out his father lives in Nigeria, he decides that Port Harcourt is the best place to escape the sound and fury of London, and connect with a Dad he’s never known. Rejected on arrival, Karl befriends Nakale, an activist who wants to expose the ecocide in the Niger Delta to the world, and falls headlong for his feisty cousin Janoma. Meanwhile, the murder of Mark Duggan triggers a full-scale riot in London. Abu finds himself in its midst, leading to a near-tragedy that forces Karl to race back home.

When We Speak of Nothing launches a powerful new voice onto the literary stage.The fluid prose, peppered with contemporary slang, captures what it means to be young, black and queer in London. If grime music were a novel, it would be this. 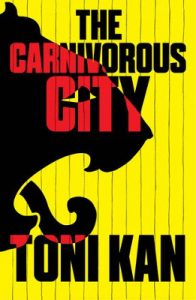 The Carnivorous City by Toni Kan

Rabato Sabato aka Soni Dike is a Lagos big boy; a criminal turned grandee, with a beautiful wife, a sea-side mansion and a questionable fortune. Then one day he disappears and his car is found in a ditch, music blaring from the speakers.

Soni’s older brother, Abel Dike, a teacher, arrives in Lagos to look for his missing brother. Abel is rapidly sucked into the unforgiving Lagos maelstrom where he has to navigate encounters with a motley cast of common criminals, deal with policemen all intent on getting a piece of the pie, and contend with his growing attraction to his brother’s wife.

Carnivorous City is a story about love, family and just desserts but it is above all a tale about Lagos and the people who make the city by the lagoon what it is.

Everyday is for the Thief by Teju Cole

A young man decides to visit Nigeria after years of absence. Ahead lies the difficult journey back to the family house and all its memories; meetings with childhood friends and above all, facing up to the paradox of Nigeria, whose present is as burdened by the past as it is facing a new future.

Along the way, our narrator encounters life in Lagos. He is captivated by a woman reading on a danfo; attempts to check his email are frustrated by Yahoo boys; he is charmingly duped buying fuel. He admires the grace of an aunty, bereaved by armed robbers and is inspired by the new malls and cultural venues. The question is: should he stay or should he leave?

But before the story can even begin, he has to queue for his visa …

Every Day is for the Thief is a striking portrait of Nigeria in change. Through a series of cinematic portraits of everyday life in Lagos, Teju Cole provides a fresh approach to the returnee experience. 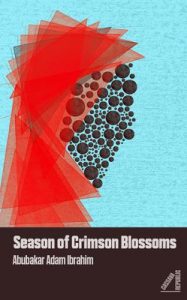 Brought together in unusual circumstances, Binta and Reza faced a need they could only satisfy in each other. Binta – previously reconciled with God – now yearns for intimacy after the sexual repression of her marriage, the pain of losing her first son and the privations of widowhood. Meanwhile, Reza’s heart lies empty and waiting to be filled due to the absence of a mother. The situation comes to a head when Binta’s wealthy son confronts Reza, with disastrous consequences.

Season of Crimson Blossoms is a story of love and longing – set against undercurrents of political violence – unfurls gently, revealing layers of emotion that defy age, class and religion. 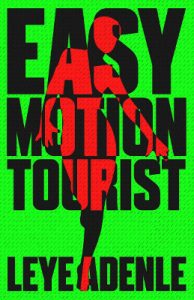 Easy Motion Tourist is a compelling crime novel set in contemporary Lagos. It features Guy Collins, a British hack who stumbles into the murky underworld of the city. A woman’s mutilated body is discarded by the side of a club near one of the main hotels in Victoria Island. Collins is a bystander and is picked up by the police, as a potential suspect.

After experiencing the unpleasant realities of a Nigerian police cell, he is rescued by Amaka, a Pam Grier-esque Blaxploitation heroine with a saintly streak. As Collins discovers more of the darker aspects of what makes Lagos tick – including the clandestine trade in organs – he also slowly falls for Amaka. Little do they realise just how much organ trafficking is wrapped up in the power and politics of the city.

The novel features a motley cast of supporting characters, including a memorable duo of low-level Lagos gangsters: Knockout and Go-Slow. Easy Motion Tourist pulsates with the rhythms of Lagos and entertains from beginning to end.

A modern thriller featuring a strong female protagonist, prepared to take on the Nigerian criminal world on her own. 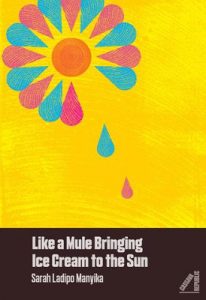 Morayo Da Silva, a cosmopolitan Nigerian woman, lives in hip San Francisco. On the cusp of seventy-five, she is in good health and makes the most of it, enjoying road trips in her vintage Porsche, chatting to strangers, and recollecting characters from her favourite novels.

Then she has a fall and her independence crumbles. Without the support of family, she relies on friends and chance encounters. As Morayo recounts her story, moving seamlessly between past and present, we meet Dawud, a charming Palestinian shopkeeper, Sage, a feisty, homeless Grateful Dead devotee, and Antonio, the poet whom Morayo desired more than her ambassador husband. 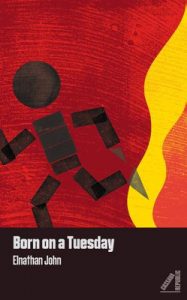 Born on a Tuesday by Elnathan John

From two-time Caine Prize finalist Elnathan John, a dynamic young voice from Nigeria, Born on a Tuesday is a stirring, starkly rendered first novel about a young boy struggling to find his place in a society that is fracturing along religious and political lines.

In far northwestern Nigeria, Dantala lives among a gang of street boys who sleep under a kuka tree. During the election, the boys are paid by the Small Party to cause trouble. When their attempt to burn down the opposition s local headquarters ends in disaster, Dantala must run for his life, leaving his best friend behind. He makes his way to a mosque that provides him with food, shelter, and guidance. With his quick aptitude and modest nature, Dantala becomes a favored apprentice to the mosques sheikh. Before long, he is faced with a terrible conflict of loyalties, as one of the sheikh s closest advisors begins to raise his own radical movement.

When bloodshed erupts in the city around him, Dantala must decide what kind of Muslim and what kind of man he wants to be. Told in Dantala s naive, searching voice, this astonishing debut explores the ways in which young men are seduced by religious fundamentalism and violence.”