The Jacana Literary Foundation has announced the longlisted finalists for the 2019/20 Dinaane Debut Fiction Award!

Dinaane aims to promote new southern African fiction that speaks to both a local and international audience. It encourages new writers and new readers by publishing material that would likely otherwise not have been selected – for purely commercial reasons – by local publishers of literature.

For the past 15 years, first as the European Union Literary Award and now as The Dinaane Debut Fiction Award, this prize has unearthed great new literary talent within South Africa and now within southern African countries. 2019’s winner was The Mourning Bird by Zambian author Mubanga Kalimamukwento. 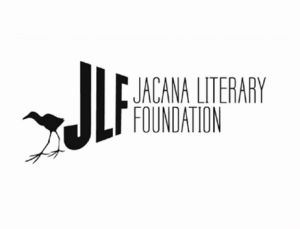 Entries for this year’s award were judged blind by a panel comprising Rehana Rossouw (head judge), Jennifer Malec and Christopher Thurman. The judges read over 50 manuscripts and were able to arrive at a longlist of 14.

Rossouw says of the longlisted manuscripts:

South Africa is alive with stories – of the past, the bitter years of the 20th century and contemporary post-apartheid society. Many of the entrants for this year’s Dinaane Fiction Award have taken those stories and woven compelling literature from their truths. The manuscripts which have been selected for the 2019 longlist of authors stand head and shoulders above the rest. They are dazzling in their treatment of the harsh realities our society throws up, and all worthy of publication, in time.

The shortlist of three will be announced in December 2019, and the overall winner will be announced at an award ceremony early next year, which will be held in Johannesburg. The prize of R35,000 will be awarded to the winner.

The JLF will also present the Kraak Writing Award, with the winning writer selected from the runners-up. The grant is valued at R25,000 and dedicated to the memory of Gerald Kraak. It will offer the recipient mentoring and intensive coaching from an editor/publishing expert, enabling the author to refine and develop their work still further.

Rehana Rossouw lives in a small town in the Western Cape. She was a journalist for three decades and has also taught journalism and creative writing. She has a master’s in creative writing from Wits University. What Will People Say?, her debut novel, was shortlisted for the 2015 Etisalat Prize for Literature and won the 2017 Humanities and Social Sciences Award in the category of single-authored fiction. Her second novel, New Times, was released in 2017. She is writing her third book, due for publication in 2020.

Jennifer Malec is the founding editor of The Johannesburg Review of Books and the publisher of The Reading List, a news website for books and the publishing industry. She is the former editor of Books LIVE, where she won Arts Journalism Awards in 2015 (News: Gold) and 2016 (Features: Silver) and the 2016 African Blogger Award for Best in Arts and Culture. She has an MA from UCT and spent a number of years as a soccer journalist. Twitter: @projectjennifer.

Christopher Thurman is Associate Professor and Head of the English Department at Wits University. He is also a columnist for Business Day. His arts journalism is collected in At Large: Reviewing the Arts in South Africa (2012) and Still at Large: Dispatches from South Africa’s Frontiers of Politics and Art (2017). Thurman is the editor of South African Essays on ‘Universal’ Shakespeare (2014) and Sport versus Art: A South African Contest (2010). His other books are the monograph Guy Butler: Reassessing a South African Literary Life (2010) and Text Bites, an anthology for high schools (2009).