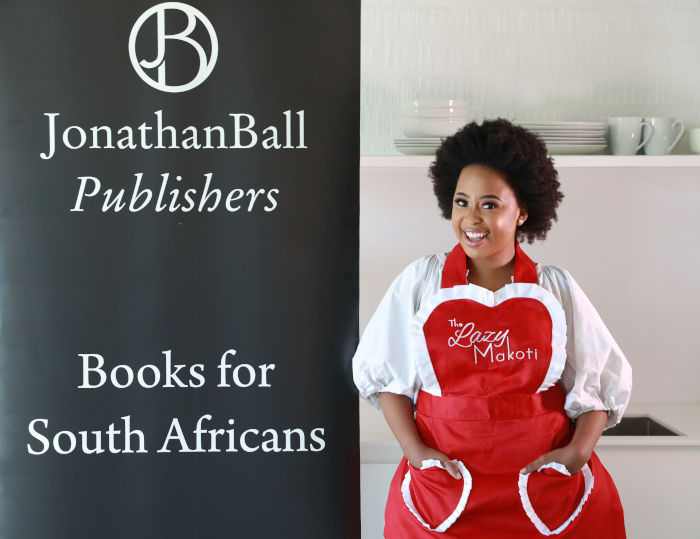 Jonathan Ball Publishers is delighted to announce that chef and award-winning cookbook author Mogau Seshoene has joined its ranks.

Mogau Seshoene founded The Lazy Makoti in 2014 after leaving the corporate world to focus on her love for food.

What began as lessons for a friend, a bride-to-be who was afraid of being labelled ‘The Lazy Makoti’ (the lazy daughter-in-law) because she couldn’t cook, evolved into a business, and inspired its name. Through The Lazy Makoti, Seshoene shares her passion for food and people through her live interactive cooking lessons and her widely followed social media.

In line with her desire to promote the role of food in maintaining South African culture and heritage, she hosted a season of a TV show entitled Cooks For Life on which she demonstrated easier and healthier ways to prepare African and South African cuisine.

Seshoene’s debut cookbook, The Lazy Makoti’s Guide to the Kitchen, became a national winner for Best First Cookbook and Best Photography and went on to be declared ‘the best in the world’ when she was awarded a Gourmand World Cookbook Award 2019 in Macau China.

It is currently still the bestselling cookbook in South Africa. She has now joined Woolworths Taste magazine as a regular contributor.