An exposé of the pangolin trade and Covid-19 – Pangolins: Scales of Injustice by Richard Peirce
More about the book! 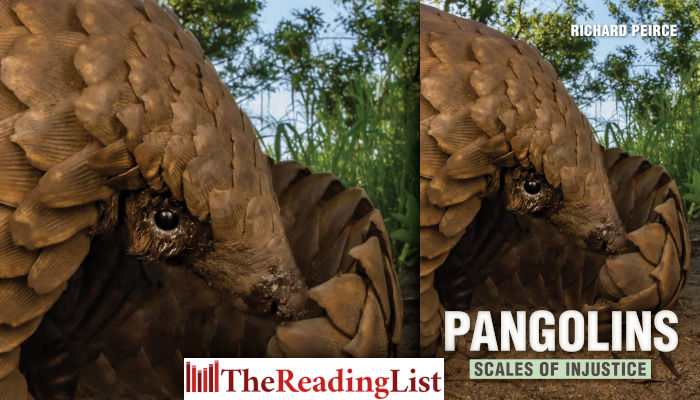 Pangolins: Scales of Injustice by Richard Peirce will be launched on World Pangolin Day on 20 February 2021.

Pangolins have long been sustainably harvested by local communities for their meat and scales, but today the burgeoning trade in these mammals has reached crisis point. Eight pangolin species occur worldwide, four in Asia and four in Africa, and all face extinction if current rates of hunting and trading continue unabated.

Suddenly the spotlight is on this, the world’s most trafficked mammal. Scientists have identified pangolins as the likely source of the coronavirus infection that has brought the world to its knees. This multi-trillion dollar disaster makes pangolins the most expensive meals ever eaten.

In this timely exposé, Richard Peirce unpacks the horrors and dangers of the trade in this enigmatic, little-known mammal. He explains the links between wildlife and Covid-19, and details China’s response to the pandemic.

He also tells the story of a particular pangolin poached in Zimbabwe and brought to South Africa to be traded. Readers accompany an agent of the African Pangolin Working Group, assisted by the local police, on an actual sting operation to rescue the animal and capture the traffickers. And they follow the subsequent progress of the rescued pangolin, from near death to rehabilitation and release into the wild.

Richard Peirce is best known as a shark conservationist and as former Chairman of the Shark Conservation Society and the Shark Trust. A committed environmental activist, he has authored several books, including Orca (apex predators), Giant Steps (elephants), Cuddle Me Kill Me (canned lion hunting), Nicole (about a shark’s marathon journey), and The Poacher’s Moon (rhinos), all published by Struik Nature.