A Haunting at Holkham – the new blockbuster mystery from the bestselling author of Lady in Waiting and Murder on Mustique
More about the book! 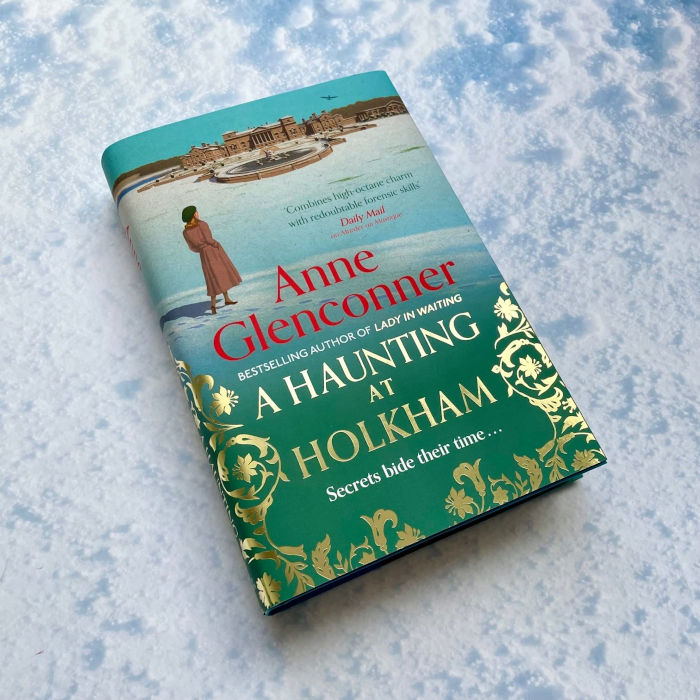 Out now from Jonathan Ball Publishers: A Haunting at Holkham – the thrilling new novel from Anne Glenconner, the acclaimed author of Murder on Mustique, based on the childhood described in her international bestseller Lady in Waiting.

January 1950. Lady Anne Coke, daughter of the 5th Earl of Leicester, is in Scunthorpe on a business trip when she is called home after a sudden death in the family. She returns to Holkham Hall to discover a mystery: her beloved grandfather has been found dead at the bottom of a flight of stairs with a valuable piece of jewellery in his pocket. No one can find a cause of death, and some even suspect foul play from the ghost who supposedly haunts the house. But Anne’s suspicions are aroused; she grew close to her grandfather when they lived together during the war and she is determined to discover the truth.

During World War II, Holkham Hall was an army base with large sections out of bounds, and 11-year-old Anne was in the care of a new governess, whom she hated and believed to be deceitful. Although she had been told to stay away from certain parts of the house, Anne used the secret passageways and the cellars to move around unnoticed. And something she saw then could unlock the mystery of her grandfather’s death now …

Full of rich historical detail, this is a gripping novel of wartime secrets, intrigue and deceit.

Lady Glenconner was born Lady Anne Coke in 1932, the eldest daughter of the 5th Earl of Leicester, and growing up in their ancestral estate at Holkham Hall in Norfolk. A Maid of Honour at the Queen’s Coronation, she married Lord Glenconner in 1956. They had five children together of whom three survive. In 1958 she and her husband began to transform the island of Mustique into a paradise for the rich and famous. They granted a plot of land to Princess Margaret who built her favourite home there. She was appointed Lady in Waiting to Princess Margaret in 1971 and kept this role – accompanying her on many state occasions and foreign tours – until her death in 2002. Lord Glenconner died in 2010, leaving everything in his will to his former employee. She now lives in a farmhouse near Kings Lynn in Norfolk.

Cover reveal! Beast – the must-read story of how a humble man from Zimbabwe has become a rugby icon

Some of the most iconic images of Africa from the past three decades – The 30-year Safari: A Celebration of Getaway Photography