A fast-paced thriller set in Joburg: Read an extract from NR Brodie’s debut novel Knucklebone
More about the book! 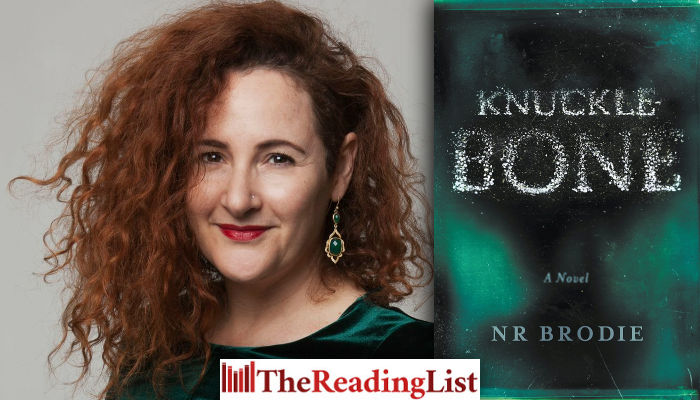 Pan Macmillan SA has shared the opening chapter of Knucklebone, the debut novel by NR Brodie, on Books LIVE.

Set against the richly textured backdrop of a livewire African city, this fast-paced thriller offers a disturbing contemporary take on justice and morality. To be read with the lights on.

Ian Jack fiddled with the chinstrap on his helmet and tried not to think about how much of an idiot he looked. The bowl-shaped cap fit badly, and the padding smelled of someone else’s sweat. The bulletproof vest was the same, sitting too high on his shoulders and cutting into his arms whenever he reached forward. He had a cheap Chinese gun strapped to his right hip: a 9mm knockoff with rough workings and a safety that wouldn’t stay put.

‘Piece of shit,’ he thought.

But Myburgh had been firm: no gear, no going on patrol.

It was a warm evening, and Ian could feel damp patches growing under his arms. The inside of the car smelled of something artificially sweet and tropical. He looked at the dashboard and saw a stick-on air freshener in the shape of a pineapple. The fruit smiled at him.

The car was an underpowered Korean compact, branded with the name of the security company. It was parked near a copse of trees on the edge of an undeveloped patch of land between two houses.

‘You spend a lot of time here?’ Ian asked the man next to him.

‘Thomas,’ Ian repeated with a sigh. ‘Sorry. I’m … I’m Ian.’ He’d been about to say Detective Jack and caught himself just in time.

‘Anyway, I got out a couple of years ago,’ Ian said. ‘Now I’m at university. This is for research.’

Thomas kept staring. ‘Which university?’ he asked, the words rolling into each other.

‘Which university?’ Thomas repeated, slower this time, like he was speaking to a child.

Thomas paused. ‘You look old for a student,’ he said. ‘My sister, she’s at Wits. She’s studying social work. But she doesn’t carry a gun.’

Ian looked down at Thomas’s waist, and saw the same gun strapped to his side.

‘What’s your story?’ he asked, hoping to change the subject.

Thomas gave a snort. ‘I was in MK. Nearly. I stopped school in the eighties. Wanted to be a revolutionary,’ he said. The last word seemed to linger in his mouth. ‘After 1994, I went back and got my matric. But this was the only job I could get,’ he said. ‘I’m helping to pay for my sister to study. So she can get a job without guns.’

Ian flicked his thumb over the butt of the 9mm again.

‘You want to be careful,’ Thomas said, looking down at the pistol. ‘They’re not like the Z88s you’re used to. Sometimes the safety clicks off. And they jam.’

‘Piece of shit,’ Thomas said, and he chuckled.