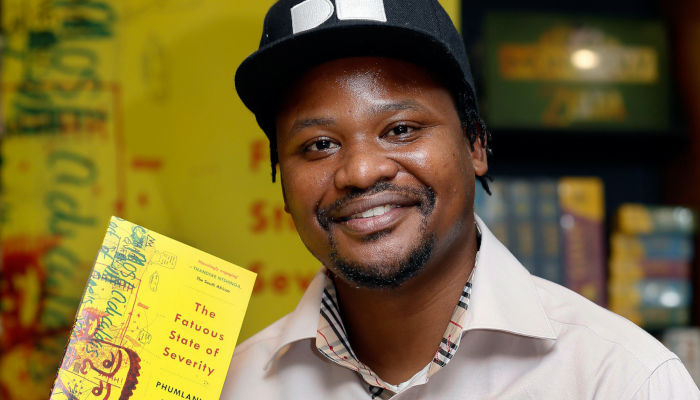 According to a family statement, Pikoli was found dead at an apartment in Johannesburg on Sunday, 11 April 2021. The cause of death has not been confirmed.

‘The gruesome discovery of Phumlani’s lifeless body lying in bed is something that no parent needs to go through,’ a grieving Vusi Pikoli said in the statement.

Family spokesperson Twiggs Xiphu said the family is ‘requesting privacy while they are going through this sad episode’.

Pikoli’s writing has been described as ‘a generational ode’. The Fatuous State of Severity, his first book, a collection of stories, was published by Pan Macmillan in 2018, after finding success as a self-published project. His debut novel, Born Freeloaders, was released in 2019, and won the K Sello Duiker Memorial Literary Award.

‘Pan Macmillan is deeply saddened by the passing of Phumlani Pikoli, a bright light who is gone too soon.

‘We were privileged to publish two wonderfully original works with Phumlani, the short story collection The Fatuous State of Severity (2018) and the award-winning Born Freeloaders (2019).

‘We celebrate Phumlani’s considerable talent, and we extend our deepest condolences to the Pikoli family and to all who knew and loved him.’

Don’t miss the launch of Shame on You by Amy Heydenrych, in conversation with Mohale Mashigo

Listen to an excerpt from Robin by David Itzkoff, the revelatory new biography of Robin Williams

Listen to an excerpt from Hold, the debut novel from Michael Donkor set in Ghana and South-East London