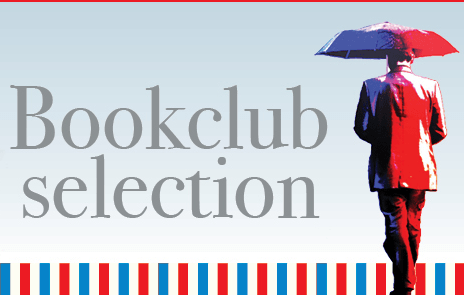 If you love to read and belong to a book club then this is where you can discover our latest suggestions. In this section, we pick the perfect book club reads; those books we know will delight and enthrall anyone who’s passionate about reading.

Click on the cover for more information on the book.

Fifteen months ago, Detective Lindsay Boxer’s life was perfect -she had a beautiful child and a doting husband, Joe, who helped her catch a ruthless criminal who’d detonated a bomb in downtown San Francisco, killing twelve people. But Joe isn’t everything that Lindsay thought he was, and she’s still reeling from his betrayal as a wave of mysterious, and possibly unnatural, heart attacks strikes seemingly unrelated victims across San Francisco. Now the bomber she and Joe captured is about to go on trial, and his defense raises damning questions about Lindsay and Joe’s investigation. Not knowing whom to trust, and struggling to accept the truth about the man she thought she knew, Lindsay must connect the dots.

You Lost Me by Marita van der Vyver

Willem Prins wanders the streets of Paris, disillusioned and glum. Once, he showed great promise as a South African writer of distinction, but years of disappointment have left their mark. Drowning himself in the Seine may well be the only option left to drive up his book sales. His reason for being in Paris – the French translation of an erotic novel he wrote under a pseudonym – is not exactly something to be proud of. He is no stranger to Paris. An ex-wife of his (one of three) lives in the city with his eldest son, a young man who barely knows his father. Willem finds an unlikely companion in Jackie, a young South African working as an au pair in the city, a woman old enough to be his daughter. Together, the two of them will face the chaos of the terror attacks on Friday the thirteenth in Paris. You Lost Me is bestselling author Marita van der Vyver’s thirteenth novel, a story about life’s thunder clouds and the bonds between us that offer shelter. It is a tale of disillusionment and loss, told with warmth and wicked humour.

The year is 1911. Chief Investigator Isaac Bell of the Van Dorn Detective Agency is hired to find a young woman named Anna Pape who ran away from home. Bell gets a shock when her murdered body turns up instead. Vowing to bring the killer to justice, he begins a manhunt which leads him into increasingly more alarming territory. Anna Pape was not alone in her fate – petite young blonde women like Anna are being murdered in cities across America and there are disturbing familiarities about the killings. If Bell is right about his fears, then he is on the trail of one of the greatest monsters of his time.

About Last Night by Catherine Alliott

Molly is living the country dream in rural Herefordshire. Except it’s not her dream – it’s her dead husband David’s dream, and it’s beginning to feel more like a nightmare. Between running a mail-order lingerie business and repackaging soaps from Newcastle as Savon de Provence, Molly is barely making ends meet. When Molly unexpectedly inherits a beautiful house in London, it seems like all her problems are solved. With one catch: the house is already occupied. Molly is determined to turf the tenant out – but she is immediately wrong-footed by Felix, his handsome son. Add in a face from her past and Molly’s life suddenly becomes a whole lot messier …

Billy Lynn is home from Iraq. And he’s a YouTube sensation. Tonight, with the nation’s eyes on him, Billy steps out onto the field at the Dallas Cowboys’ Thanksgiving football game. Tomorrow, he must go back to war. A new edition to tie in with Oscar-winning director Ang Lee’s film adaptation.

A Secret Garden by Katie Fforde

Lorna is a talented gardener and Philly is a plantswoman. Together they work in the grounds of a beautiful manor house in the Cotswolds. They enjoy their work and are surrounded by family and friends. But for them both the door to true love remains resolutely closed. So when Lorna is introduced to Jack at a dinner party and Lucien catches Philly’s eye at the local farmers market, it seems that dreams really can come true.

It’s 1944 when the twin sisters arrive at Auschwitz with their mother and grandfather. Pearl and Stasha Zagorski take refuge in their identical natures, comforting themselves with the private language and shared games of their childhood. That winter, at a concert orchestrated by Mengele, Pearl disappears. Stasha grieves for her twin, but clings to the possibility that Pearl remains alive. When the camp is liberated by the Red Army, she and her companion Feliks – a boy bent on vengeance for his own lost twin – travel through Poland’s devastation. Undeterred by injury, starvation, or the chaos around them, motivated by equal parts danger and hope, they need to discover what has become of the world, they must try to imagine a future within it.

Hold Back the Stars by Katie Khan

Carys and Max have ninety minutes of air left. None of this was supposed to happen. But, perhaps this doesn’t need to be the end … Adrift in space with nothing to hold on to but each other, Carys and Max can’t help but look back at the well-ordered world they have left behind – at the rules they couldn’t reconcile themselves to, and a life to which they might now never return. For in a world where love is banned, what happens when you find it? Hold Back the Stars is a love story like no other.

The Trophy Child by Paula Daly

Karen Bloom expects perfection. Her son, Ewan, has been something of a disappointment and she won’t be making the same mistake again with her beloved, talented child, Bronte. Bronte’s every waking hour will be spent at music lessons and dance classes, doing extra schoolwork and whatever it takes to excel. But as Karen pushes Bronte to the brink, the rest of the family crumbles. Karen’s husband, Noel, is losing himself in work, and his teenage daughter from his first marriage, Verity, is becoming ever more volatile. The family is dangerously near breaking point. Karen would know when to stop … wouldn’t she?

Once We Were Sisters by Sheila Kohler

Once We Were Sisters is the story of Maxine and Sheila Kohler. Growing up in the suffocating gentility of 1950s South Africa, the girls plan grand lives for themselves that will bring them out of the long shadow cast by their father’s death and their overbearing mother’s bullying. Maxine is just shy of her fortieth birthday when her husband, a brilliant and respected surgeon, drives their car off the road and kills her. Devastated, Sheila returns to South Africa, determined to find answers to her sister’s sudden death at the hands of her husband. Powerful, moving and tragic, Once We Were Sisters is an act of love, an extraordinary account of an unspeakable loss.