Watch the trailer for the award-winning film adaptation of Elsa Joubert’s celebrated novel The Long Journey of Poppie Nongena
More about the book! 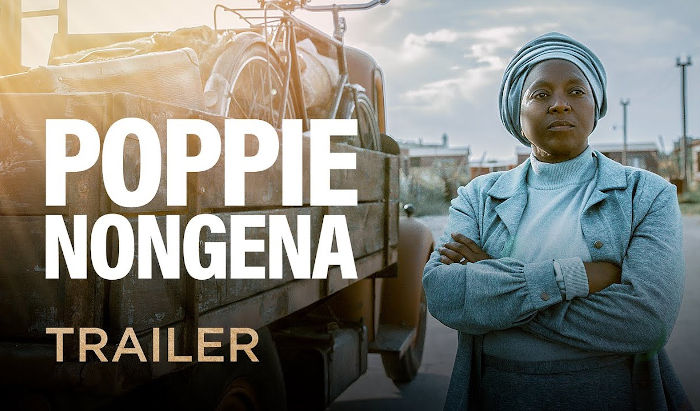 Poppie Nongena, the movie based on the celebrated novel The Long Journey of Poppie Nongena by Elsa Joubert, will be in cinemas on 31 January 2020.

Poppie Nongena is the moving true life story of an ordinary woman in extraordinary circumstances.

The moving true life story of an ordinary woman in extraordinary circumstances. Houseworker and resilient Afrikaans-speaking isiXhosa mother, Poppie Nongena, desperately tries to keep her family together by navigating the day-to-day struggle against inhumane government pass laws in 1970's South Africa.Based on the celebrated novel by Elsa Joubert.#PoppieNongenaFilm in cinemas 31 January 2020. 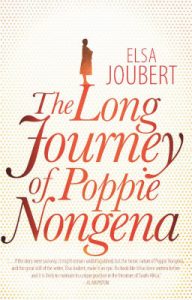 Poppie Nongena’s arduous journey covers 40 years of South Africa’s history, sweeping through the riots of Sharpeville, Soweto and Cape Town, on to an indefinite but unpromising future.The plot reflects the brutality and injustice of the apartheid system, while Elsa Joubert’s characterisations reflects the courage and fortitude of people in the face of hardship and difficulty.

Poppie’s contented childhood in the Cape’s countryside came to an end when she married a migrant worker, and was forced by the authorities to move with him and their young family to the unfamiliar and bewildering city of Cape Town.

No sooner had she established her roots in the new township, when the laws changed and she was informed of her obligation to relocate to the Ciskei, her husband’s homeland. He, as a migrant worker, was permitted to remain in the Cape to work.

Over a 10-year period, Poppie fought the heinous ‘pass law’ system, winning limited extensions to the permit that would allow her to live and work in Cape Town and enable her to keep the family together and provide an education for her children.

Her own anger was shared by thousands and inevitably the brooding undercurrent of discontent exploded throughout South Africa. Suddenly, there were no further extensions. Poppie and her children were forcibly removed from their home and ‘resettled’ in a new township, hundreds of miles away near East London.

The Long Journey of Poppie Nongena is an epic tale of the endless adversity and struggle of a humble black woman under apartheid laws. Poppie emerges from being a simple country girl to becoming an archetypal heroine of South Africa.