Watch Mphuthumi Ntabeni introduce his novel The Broken River Tent, and listen to an excerpt
More about the book! 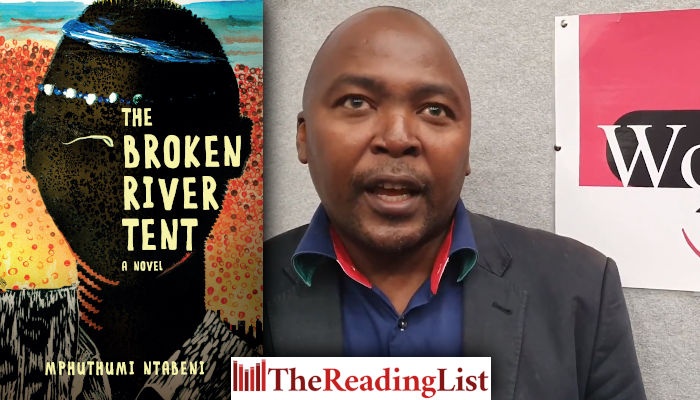 The Broken River Tent marries imagination with history and is set in the time of Maqoma, the Xhosa chief at the forefront of fighting British colonialism in the Eastern Cape in the 19th century.

‘In my book, more than the story of Maqoma, I want readers to get into the spirit of how amaXhosa lived in that era and how amaXhosa lost their land against the British,’ Ntabeni says.

He adds that the book will help black people – especially Xhosa people – to understand their identity better. ‘Maqoma is in conversation with Phila, who is our contemporary, and he tries to teach him about his identity, where he comes from and why things are the way they are – especially in the Eastern Cape.’

Ntabeni says his novel will help the reader get to know South African and Xhosa history.

‘This book will help you understand the history of South Africa, especially the history of the Eastern Cape,’ he says. ‘And also, in particular, it will help you know better the nation of the amaXhosa and its tragic history, how it was invaded into a crisis, a crisis perhaps we haven’t solved because amaXhosa, their generations and their children still don’t have a land, that they lost during this period of the 19th century.

‘Also, it will help you understand the culture and the spirit, ubuntu, and how amaXhosa lived, now and then.’

After a brief description of the story, Ntabeni reads an extract from The Broken River Tent.

An evening with Mpho Dagada: On Bitcoin and growing your wealth