‘This book is a blessing’ – Tracey Farren reviews The Enumerations by Máire Fisher
More about the book! 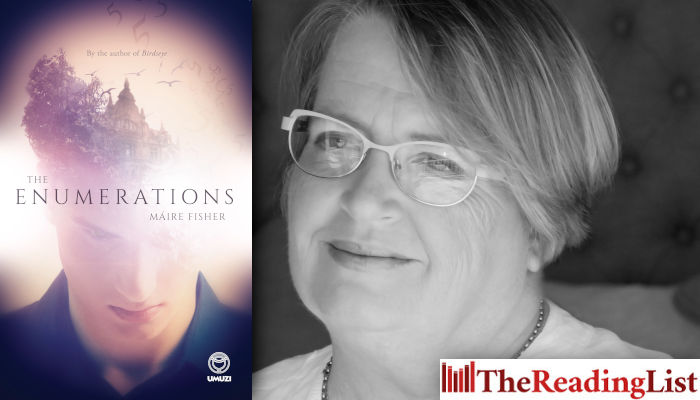 If you are a little OCD or a lot; if you know someone who is a little OCD or a lot, you will be fascinated to be in the company of Noah, a brave young man who is at the mercy of his mind much of the time. In her writing of the novel, The Enumerations, Máire Fisher has gone with a largesse of heart into the deep dark with characters who society so easily flings into our ‘DSM 5 Statistical Manual of Mental Disorders’ and presents them as spirited, heroic individuals who, like all of us, are trying their very best but find themselves at the far end of the suffering spectrum.

Noah’s story kicks off with a horrible incident at school after which he is sent to Greenfields treatment clinic for three months. The writer sees Noah through this crisis time with a delicate balance between humour and hope, letting us laugh and fall in love without ever being disrespectful of his excruciating difficulties. Fisher digs politely behind the smiling mask of the middle class to expose the secrets of Noah’s silent, successful father and his tired, valiant mother whose rage and shame slowly leaks through her pretence at coping. She also hangs out in the angry mind of Noah’s sister, the ‘sunshine’ child whose role in the family is to be fine, fine, fine.

At Greenfields, Fisher creates unlikely healers and unexpected allies in residents like the young sex addict, Juliet who barges into Noah’s room and his already throttled schedule to bat her eyes and lick her lips to kingdom come, but Noah is fretting far too much about not having enough tea mugs to pick up her cues. Noah is also forced to share his terribly scarce time with Vuyo, a young woman who counts calories as obsessively as Noah counts his steps to the canteen, and Willa, an outrageously defiant individual with a complex gender identity and a kickass pair of boots.

To further electrify the novel, Fisher has woven a frightening, high-action thread through the narrative that follows the trauma of a boy called Gabriel, and we wait in suspense to see how he might also crash into Noah’s mental terrors.

The Enumerations is not only luminous with love and elegantly written but meticulously researched. This combination of gifts makes it not only a powerful read but a deeply healing book for people and families who are struggling with psychological ‘conditions’ or the condition of being, well, human. This book is a blessing.

Tracey Farren is the author of the acclaimed, award-winning novel, Whiplash, republished at Tess in 2016, Snake and The Rig. Her forthcoming novel is The Book of Malachi. She is represented by Isobel Dixon of Blake Friedmann in London.

A gripping story of obsession, jealousy and a missing girl – Lezanne Clannachan’s new novel The Colour of Lies