These are the stories of South Africa’s whistleblowers – preorder Mandy Wiener’s new book now
More about the book! 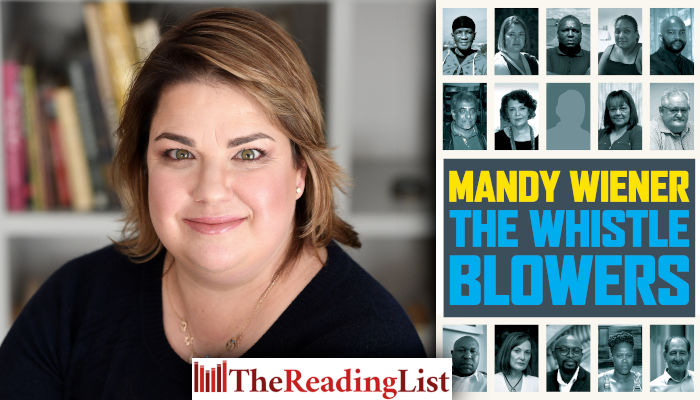 The Whistleblowers by Mandy Wiener is out on 25 September 2020 from Pan Macmillan!

Whistleblowers are seldom seen as heroes. Instead, they are often viewed through a negative lens, described as troublemakers, disloyal employees, traitors, snitches and, in South Africa, as impimpis or informers.

They risk denigration and scorn, not to mention dismissal from their positions and finding their careers in tatters.

These are the raw and evocative accounts of South Africa’s whistleblowers, told in their own voices and from their own perspectives: from the hallowed corridors of parliament to the political killing fields of KwaZulu-Natal, from the fraud-riddled platinum belt to the impoverished, gang-ridden suburb of Elsies River, from the gantried freeways of Gauteng to the Bosasa blesser’s facebrick campus in Krugersdorp, from the wild east of Mpumalanga to the corporate jungle of Sandton, and from the wide farmlands of the Free State to that compound of corruption in Saxonwold. 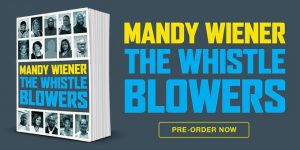 Mandy Wiener lives and works in Johannesburg. She is one of South Africa’s best-known and most credible journalists and authors. Wiener has worked as a multi-award-winning reporter since 2004. The Whistleblowers is her fifth book, following on from Ministry of Crime: An Underworld Explored (2018); Behind the Door: The Oscar Pistorius and Reeva Steenkamp Story (2014), with Barry Bateman; My Second Initiation: A Memoir (2013), with Vusi Pikoli, former head of the National Prosecuting Authority; and the groundbreaking Killing Kebble: An Underworld Exposed (2011).