There once was a goat called Destiny … NoViolet Bulawayo chats about her new novel Glory
More about the book! 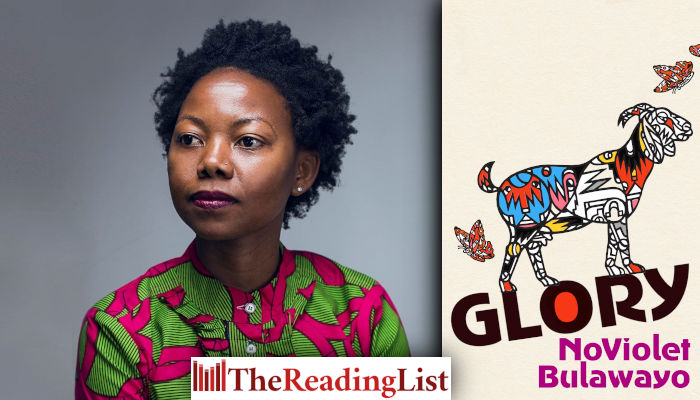 Glory is an effervescent, punchy, piercingly funny novel exploring the fall of Robert Mugabe from Booker-shortlisted Zimbabwean novelist NoViolet Bulawayo. She chats here about the true events that inspired the book, collective experience and talking animals.

‘Glory became an extension of my fellow citizens’ impulse to articulate the absurd and the surreal.’

On November 14, 2017, Zimbabwe’s long-serving leader, Robert G Mugabe, was deposed in a sanitised coup. While writing what was then a work of non-fiction inspired by the events, I found myself constantly coming back to George Orwell’s Animal Farm for its satire of a revolution that ends in betrayal and tyranny. Meanwhile, the book showed up in Zimbabwe’s social media conversations, applied of course to our context.

Pivoting from non-fiction to create Glory became an extension of my fellow citizens’ impulse to articulate the absurd and the surreal. Animals helped me move beyond the specific, allowing me to do what nonfiction wouldn’t – to talk about the known things in a way that made them new and fresh and excitingly strange. Allegory feels like the perfect technology, and at the same time allows me to be in conversation with what I think of as the original stories. The world of animals is also how I came into storytelling in the first place, through my grandmother’s beguiling tales of talking animals and alternate worlds; it was a delight and privilege to channel that oral tradition in Glory.

While I wrote the novel with Zimbabwe as an immediate inspiration, I also wrote in a world of dis-ease, with so many countries experiencing upheaval, with resistance movements across the world challenging different forms of oppression so that it often felt like I was writing of many other places in the same story. Hearing that collective clamour for change reminded me that I did not walk alone, that I was part of a collective struggle. This was my fuel, especially in those moments when devastating events numbed me to the point of feeling powerless, of wondering if my pen and paper even mattered.

Dear Reader, these pages are my humble contribution to that struggle; they are also my prayer for a world in which we are all free.

Glory by NoViolet Bulawayo is out now.

A long time ago, in a bountiful land not so far away, the animal denizens lived quite happily. Then the colonisers arrived. After nearly a hundred years, a bloody War of Liberation brought new hope for the animals – along with a new leader. A charismatic horse who commanded the sun and ruled and ruled and kept on ruling. For forty years he ruled, with the help of his elite band of Chosen Ones, a scandalously violent pack of Defenders and, as he aged, his beloved and ambitious young donkey wife, Marvellous. Glory is an energy burst, an exhilarating ride. A bold, vivid chorus of animal voices calls out the dangerous absurdity of contemporary global politics, and helps us see our human world more clearly.