The Wren Hunt, the new book by Mary Watson, out from Bloomsbury in February 2018
More about the book! 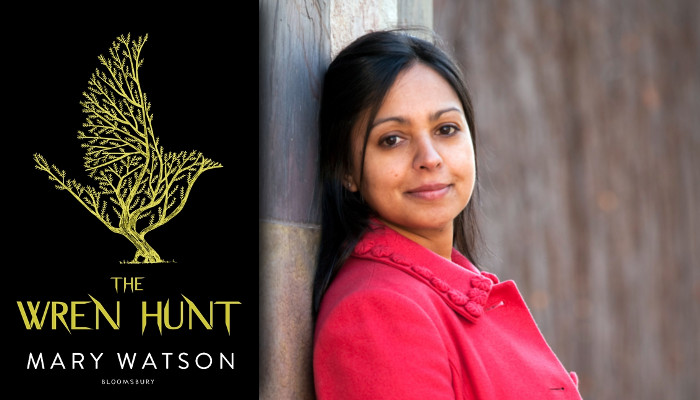 Mary Watson’s new novel The Wren Hunt will be published by Bloomsbury in February 2018.

Watson grew up in Cape Town. Her first book, a collection of connected short stories title Moss, was published by  Kwela in 2004, and her second, The Cutting Room, was published by Penguin South Africa in 2013. Watson won the Caine Prize in 2006 for her short story ‘Jungfrau’. She moved to Galway, Ireland, in 2008 and fell in love with Young Adult fiction after the birth of her first child:

After The Cutting Room, I knew I wanted to write a fantasy book. When my youngest child was born, I found reading YA books kept me awake during the long nights. I was lost in stories of brave girls. Of magic worlds and dystopias, zombies and vampires, queens and assassins while (almost) everyone around me slept. It was here that the first seeds of The Wren Hunt were planted.

About The Wren Hunt:

Every year on St Stephen’s Day, Wren Silke is chased through the forest in a warped version of a childhood game. Her pursuers are judges – a group of powerful and frightening boys who know nothing of her true identity. If they knew she was an augur – their sworn enemy – the game would be up.

This year, the tension between judges and augurs is at breaking point. Wren’s survival, and that of her family, depends on her becoming a spy in the midst of these boys she fears most and using her talent, her magic, to steal from them the only thing that can restore her family’s former power for good. But Wren’s talent comes with a price. The more she uses it, the more she loses her grip on reality and soon she’s questioning everything she’s ever known about her family, about augurs and judges, and about the dangerous tattooed stranger who most definitely is not on her side …