The Silent Treatment by Abbie Greaves – an original and moving debut novel from a talented new voice
More about the book! 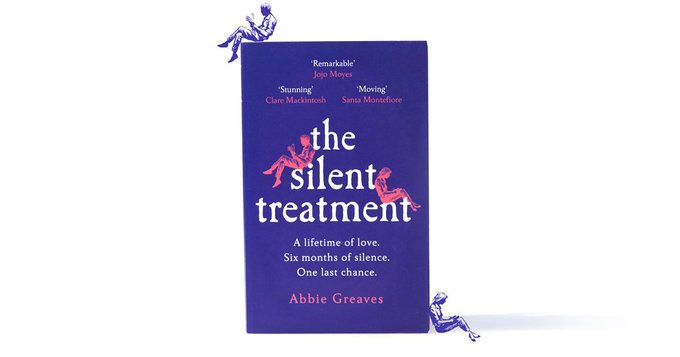 Frank hasn’t spoken to his wife Maggie for six months. Is this where their story ends? Or where it begins?

The Silent Treatment by Abbie Greaves celebrates the power of love and the importance of leaving nothing unsaid.

This is a life-affirming, deeply moving story about lies, loss and a love that is louder than words.

A lifetime together.
Six months of silence.
One last chance.

By all appearances, Frank and Maggie share a happy, loving marriage. But for the past six months, they have not spoken. Not a sentence, not a single word. Maggie isn’t sure what, exactly, provoked Frank’s silence, though she has a few ideas.

Day after day, they have eaten meals together and slept in the same bed in an increasingly uncomfortable silence that has become, for Maggie, deafening.

Then Frank finds Maggie collapsed in the kitchen, unconscious, an empty package of sleeping pills on the table. Rushed to the hospital, she is placed in a medically induced coma while the doctors assess the damage.

If she regains consciousness, Maggie may never be the same. Though he is overwhelmed at the thought of losing his wife, will Frank be able to find his voice once again—and explain his withdrawal – or is it too late?

‘A remarkably assured debut which doesn’t go where you expect it to go. I very much look forward to seeing what she writes next.’ – Jojo Moyes, bestselling author

Abbie Greaves studied at Cambridge University before working in a literary agency for a number of years. She was inspired to write her first novel, The Silent Treatment, after reading a newspaper article about a boy in Japan who had never seen his parents speak to one another before. She lives in Edinburgh with her boyfriend and is hard at work on her follow-up novel, The Ends of the Earth.