The latest and hottest new local fiction from Penguin Random House SA
More about the book! 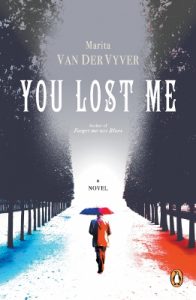 You Lost Me by Marita van der Vyver

Willem Prins wanders the streets of Paris, disillusioned and glum. Once, he showed great promise as a South African writer of distinction, but years of disappointment have left their mark. Drowning himself in the Seine may well be the only option left to drive up his book sales.

Willem finds an unlikely companion in Jackie, a young South African working as an au pair in the city, a woman old enough to be his daughter. Together, the two of them will face the chaos of the terror attacks on Friday the thirteenth in Paris.

You Lost Me is bestselling author Marita van der Vyver’s thirteenth novel, a story about life’s thunder clouds and the bonds between us that offer shelter. It is a tale of disillusionment and loss, told with warmth and wicked humour. 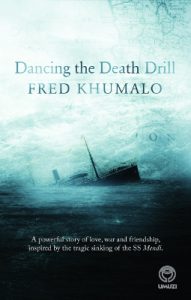 ‘Be quiet and be calm, my countrymen, for what is taking place is exactly what you came to do… Brothers, we are drilling the death drill .’ – Reverend Isaac Wauchope Dyobha

Paris, 1958. A skirmish in a world-famous restaurant leaves two men dead and the restaurant staff baffled. Why did the head waiter, a man who’s been living in France for many years, lunge at his patrons with a knife?

As the man awaits trial, a journalist hounds his long-time friend, hoping to expose the true story behind this unprecedented act of violence.

Gradually, the extraordinary story of Pitso Motaung, a young South African who volunteered to serve with the Allies in the First World War, emerges. Through a tragic twist of fate, Pitso found himself on board the SS Mendi, a ship that sank off the Isle of Wight in February 1917. More than six hundred of his countrymen, mostly black soldiers, lost their lives in a catastrophe that official history largely forgot. One particularly cruel moment from that day will remain etched in Pitso’s mind, resurfacing decades later to devastating effect.

Dancing the Death Drill recounts the life of Pitso Motaung. It is a personal and political tale that spans continents and generations, moving from the battlefields of the Boer War to the front lines in France and beyond. With a captivating blend of pathos and humour, Fred Khumalo brings to life a historical event, honouring both those who perished in the disaster and those who survived. 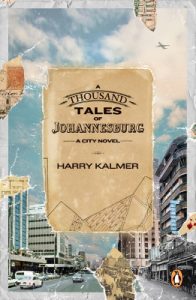 A Thousand Tales of Johannesburg by Harry Kalmer

This is the story of Sara, who poses stiffly for a photo with her four children at Turffontein concentration camp in 1901, and of Abraham, who paints the street names on Johannesburg’s kerbs. It is the tale of their grandson Zweig, a young architect who has to leave Johannesburg when he falls in love with the wrong person, and of Marceline, a Congolese mother who flees to the city only to be caught up in a wave of xenophobic violence.

Spanning more than a hundred years, A Thousand Tales of Johannesburg is a novel that documents and probes the lives of the inhabitants of this incomparable African city – the exiled, those returning from exile, and those who never left. 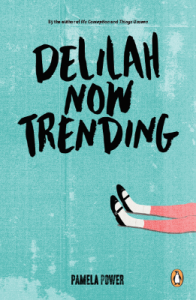 Single mom Delilah’s life goes up in smoke when her Grade 6 daughter – the star pupil Daisy – isn’t made head girl.

Rosie Roberts, Daisy’s nemesis, is crowned instead. But when Rosie is pushed off the second-storey balcony at school, accusing glances are cast at Daisy…

Did Daisy push Rosie, and to what lengths will Delilah go to clear her darling daughter’s name?

This darkly comedic novel features a delicious PI named Jonty, a closeted ex-husband married to a LBW (Little Blonde Wife), and a dashing widower who presides over Daisy’s disciplinary hearing. 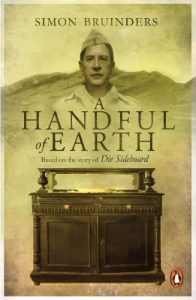 A Handful of Earth by Simon Bruinders

For Abraham de Bruyn and the young men of The Island, World War II offers more than a chance to prove their mettle. Compensation for signing up to fight is a dream come true: each soldier will receive a piece of land to call his own. Having been removed to The Island years before from land at the foot of the majestic Outeniqua Mountains in the southern Cape, where they had lived and farmed for generations, they believe that Jan Smuts’s war will finally put things right.

Leaving his young wife and family behind, Abraham travels to North Africa. With him is his brother, Stanley, and Kobus, a wayward Afrikaner who is fighting alongside the Allies against the wishes of his Nationalist father.

In Egypt, a fateful bullet sends Abraham home, but his battle is far from over as promises of land turn to dust. When in 1950 Abraham and his people are forced to move again, circumstances become almost unbearable. What does a good man have to endure for his own handful of earth?

Simon Bruinders’s novel, first published in Afrikaans as Die Sideboard , is not only the story of a family caught up in the throes of history. It is also a rich chronicle of an often overlooked community that toiled on South African soil for centuries, and bears witness to the resilience of the human spirit. 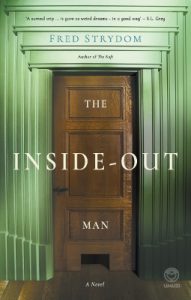 The Inside-Out Man by Fred Strydom

Brilliant jazz pianist Bent lives from gig to gig in a city of dead ends. He is plagued by fragmented visions of the past, and has resigned himself to a life of quiet desolation. That is, until the night he meets wealthy and eccentric jazz fan Leonard Fry.

In the days that follow, Leonard makes Bent a devilish deal, proposing a bizarre experiment in which Bent will play a vital part. The deal provides an opportunity for Bent to start afresh, to question everything he knows, and for the two men to move beyond the one terrifying frontier from which neither of them can be sure they’ll ever return: the borders of their own sanity.

Fred Strydom’s novel The Inside-Out Man is a jazzy and surreal mind-bender of a book. 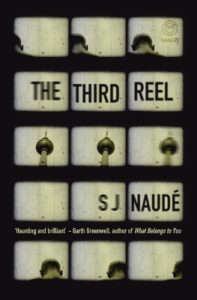 The Third Reel by SJ Naudé

Twenty-two-year-old Etienne is studying film in London, having fled conscription in his native South Africa. It is 1986, the time of Thatcher, anti-apartheid campaigns and Aids, but also of postmodern art, post-punk rock, and Royal Vauxhall Tavern. Adrift in a city cast in shadow, he falls in love with a German artist while living in derelict artists’ communes.

When Etienne finds the first of three reels of a German film from the 1930s, he begins searching for the missing reels, a project that turns into an obsession when his lover disappears in Berlin. It is while navigating this city divided by the Wall that Etienne gradually pieces together the history of a small group of Jewish film makers in Nazi Germany.

It is a desperate quest amid complications that pull him back to the present and to South Africa. However, his search for the missing film continues.

Ambitious and cosmopolitan, the material of SJ Naudé’s The Third Reel is as disparate as the cities in which the book is set. Architecture, cinematography, sex, music, illness, loss and love all collide in this exquisitely wrought, deeply affecting novel. 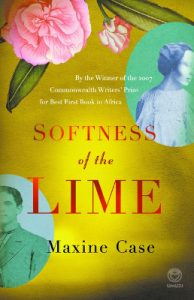 Softness of the Lime by Maxine Case

1782: In the bustling settlement at the Cape of Good Hope, traders, politicians, farmers and fortune-seekers compete for goods, land and power. It is here that Geert Baardwijk, a wealthy Dutch heir, finds himself drawn to Lena, a young slave he has inherited from his father.

Bartered and sold into slavery as a child, Lena pines for the Madagascan highlands from within the cloistered confines of her master’s townhouse. When Geert marries a woman from the upper strata of Cape society to preserve his wealth and status, he is forced to confront his own responsibilities and failings, as well as the true meaning of love and fatherhood.

Spanning more than eighty years, Softness of the Lime tells of traditions old and emerging, at a time in the Cape when competition for ownership of everything – including people – was at its peak. Drawing on the history of her own ancestors, Maxine Case mesmerises with this compelling story of passion and integrity, love and betrayal. 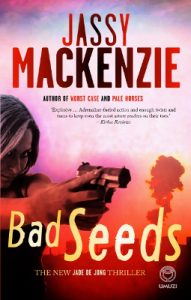 After a dramatic sabotage attempt at a nuclear research centre near Jo’burg, PI Jade de Jong is hired by the likeable Ryan Gillespie to track down a missing employee believed to be involved. The target of her search is Carlos Botha, a skilled operative who may represent a major threat to national security.

Jade traces Botha to a rundown motel in the West Rand, but she’s not the only one looking for him. Someone has put a hit out on Botha. Jade is forced into an uneasy alliance with him in order to learn more. As she unearths the research centre’s dark secrets, she discovers the threat is so extreme its ramifications could reach across the globe. Closer to home, if Botha learns who she really is, the consequences may be deadly.