The Book of ProVerb – a memoir, a hustle manifesto, and a wholesome guide to life from one of South Africa’s brightest stars
More about the book! 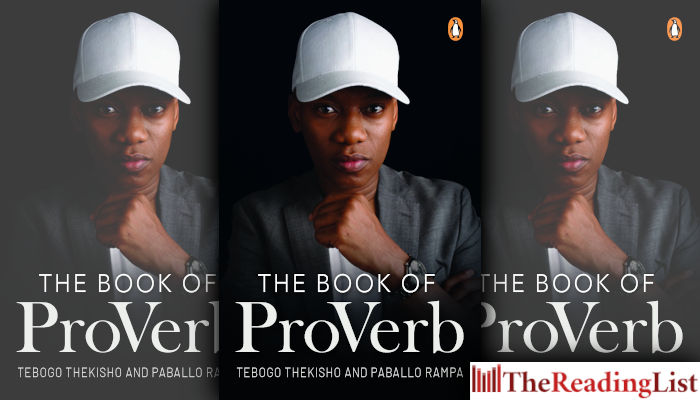 The Book of ProVerb is out now from Penguin Random House SA!

Tebogo Thekisho, better known as ProVerb, first caught South Africa’s attention in 2005 with the release of his now classic debut hip-hop album, The Book of ProVerb.

As a teenager he sought music wherever he could find it, and recorded his first demo at age 15, using his mom’s hi-fi. From there, he hustled his way into a multifaceted, award-winning media career in music, radio and TV, crafting a reputation on platforms such as Channel O, Jam Alley and YFM.

For over a decade he has been a regular on TV screens as the host of Idols South Africa.

In this memoir, Tebogo pays tribute to the people who’ve helped make him the person he is, especially his parents, his grandmother and his siblings. He shares the lessons he’s learnt through the different phases of his life with infectious positivity, but also gets frank about the dark times he’s endured, including his painfully public divorce and attempted suicide.

The Book of ProVerb is a memoir, a hustle manifesto, and a wholesome guide to life from one of South Africa’s brightest stars.