‘Smuts was one of the towering figures of South African history, whether one liked him or not’ – an interview with author Richard Steyn
More about the book! 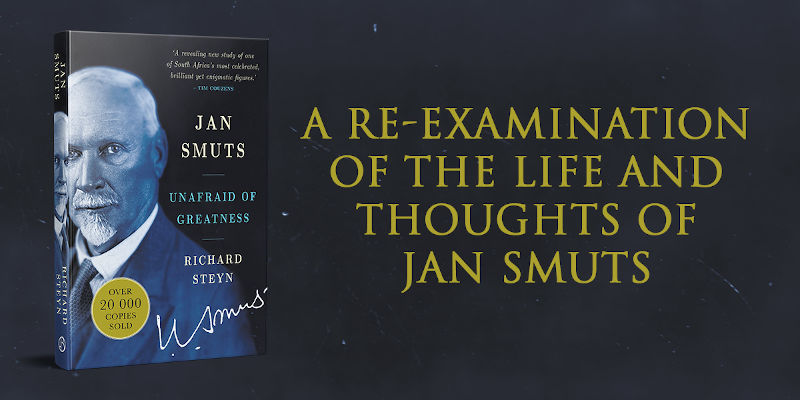 Unafraid of Greatness is a re-examination of the life and thoughts of Smuts. It is intended to remind a contemporary readership of the remarkable achievements of this impressive soldier-statesman. Steyn argues that Smuts’s role in the creation of modern South Africa should never be forgotten, not least because of his lifetime of devoted service to this country. The book draws a parallel between Smuts and President Thabo Mbeki, both architects of a new South Africa, much lionised abroad yet often distrusted at home.

In the interview, Steyn explains why he feels Smuts’s role in the creation of modern South Africa should not be forgotten:

‘Smuts was one of the towering figures of South African history, whether one liked him or not. He was a man of extraordinary intellect, he was a scholar, he was a lawyer, he was a soldier, a guerrilla leader, a military commander, a philosopher, a scientist, a politician and an international statesman.

‘He was quite simply a man of astonishing ability and intellect. He lived to the age of 80 and played a central role in South African political life in the first 50 years of the 20th century.’

Don’t miss Jacana Media’s classes in publishing, writing, and other forms of insanity!