‘Science fiction and fantasy made me want to be a writer’: Colson Whitehead wins the Arthur C Clarke Award for The Underground Railroad 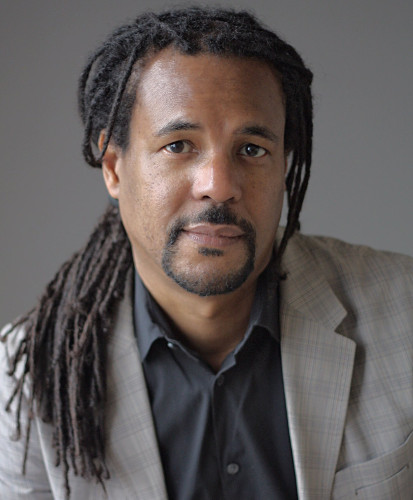 Colson Whitehead has won the 31st Arthur C Clarke Award for his novel The Underground Railroad.

The Arthur C Clarke award is the UK’s top honour for science fiction, and the winner receives a prize of a number of pounds sterling equal to the current year (£2017 for year 2017).

The Underground Railroad chronicles a young slave’s adventures as she makes a desperate bid for freedom in an alternative history’s antebellum American South.

Whitehead has already won the Pulitzer Prize, an Andrew Carnegie Medal and the National Book Award for The Underground Railroad, and was longlisted for the Man Booker Prize for Fiction yesterday. 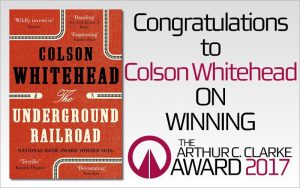 ‘It’s a gripping account both of humanity’s inhumanity and the potential for resistance, underpinned by science fiction’s ability to make metaphor literal,’ Butler said.

Whitehead was not present to accept the award, but he sent an acceptance speech to be read out:

‘This is wonderful news. Way back when, when I was ten years old, it was Science Fiction and Fantasy that made me want to be a writer. If you’re a writer you can work from home, you don’t have to talk to anybody, and you can just make up stuff all day. Stuff about robots and maybe zombies and maybe even miraculous railway lines.

‘Fantasy, like realism, is a tool describing the world, and I’m grateful that a book like The Underground Railroad, which could not exist without a toolkit of fantastic literature is being recognised with the Arthur C Clarke Award.’