Rerelease: Jacques Pauw’s groundbreaking book In the Heart of the Whore: The Story of Apartheid’s Death Squads
More about the book! 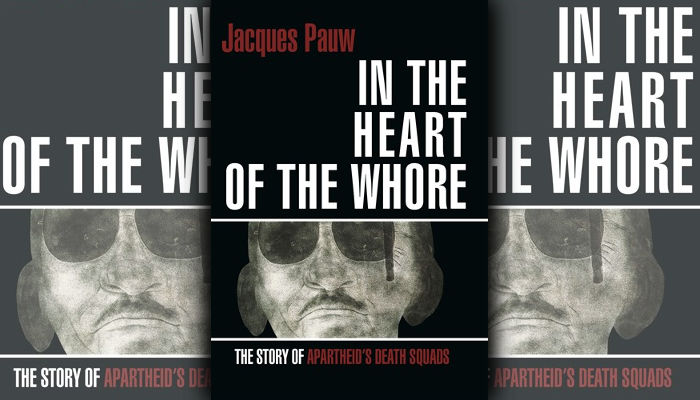 Now republished in a new edition: In the Heart of the Whore: The Story of Apartheid’s Death Squads by Jacques Pauw.

In the Heart of the Whore was originally released in 1991. Pauw is an award-winning journalist and the author of the newly released bestselling book The President’s Keepers.

The ongoing assassinations of anti-apartheid activists led to rumours that some kind of third force must be responsible. The South African government flatly denied any involvement. All investigations of the matter were met with stony silence.

In the Heart of the Whore introduces the reader to the secret underworld of the death squads. It explains when and why they were created, who ran them, what methods they employed, who the victims and perpetrators were.

Jacques Pauw was more closely involved with the subject than any other person outside the police and armed forces. In this groundbreaking work he looks at the devastating effect of the secret war on the opponents of apartheid as well as the corrosive effects on the people who committed these crimes.

Gau-Trained: Poems and Stories by Flow Wellington – an honest account of what it takes to make it in the big city