Read an interview with Barack Obama and win a copy of his memoir A Promised Land in the latest issue of The Penguin Post – the magazine about books for book lovers
More about the book! 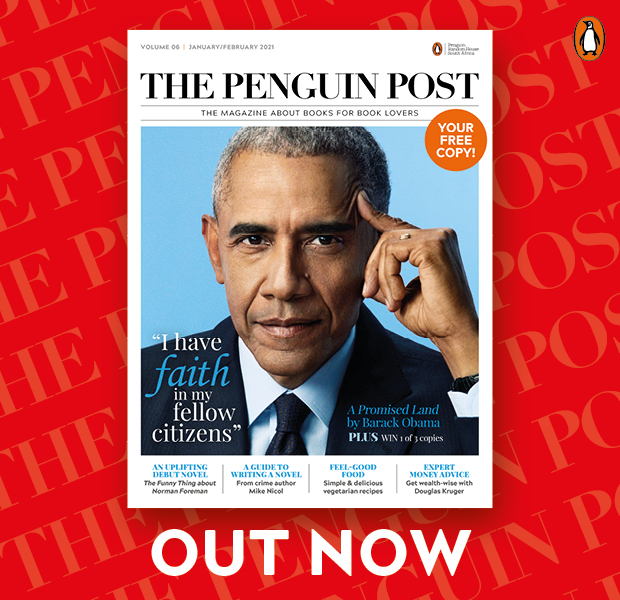 In the new issue of The Penguin Post – the magazine from Penguin Random House – former United States president Barack Obama shares his thoughts on how a democracy should work, balancing the roles of president and family man, and the message he hopes to convey with his memoir, A Promised Land.

Plus, stand a chance to win one of three copies of A Promised Land!

You can pick up a copy of The Penguin Post at bookshops nationwide, or click here to view it online!

‘At a time when America is going through such enormous upheaval, the book offers some of my broader thoughts on how we can heal the divisions in our country going forward and make our democracy work for everybody – a task that won’t depend on any single president, but on all of us as engaged citizens.’ – Barack Obama

In the stirring, highly anticipated first volume of his presidential memoirs, Obama tells the story of his improbable odyssey from young man searching for his identity to leader of the free world, describing in strikingly personal detail both his political education and the landmark moments of the first term of his historic presidency-a time of dramatic transformation and turmoil.

‘My whiteness saved my life that day’ – Bradley Steyn, author of Undercover with Mandela’s Spies, describes the massacre that changed his life