Read an excerpt from Nelson Mandela and Mandla Langa’s Dare Not Linger: The Presidency and the Constitution
More about the book! 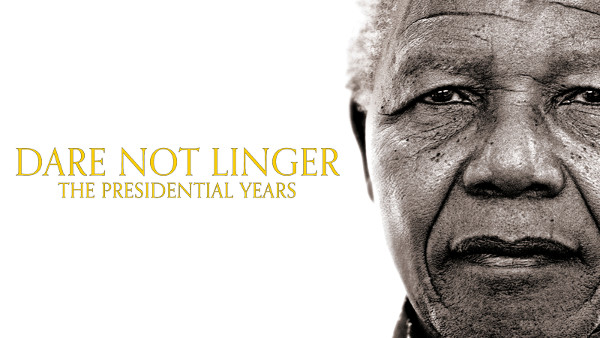 The Daily Maverick has shared an excerpt from Dare Not Linger: The Presidential Years.

Dare Not Linger is the story of Mandela’s presidential years, drawing heavily on the memoir he began to write as he prepared to finish his term of office but was unable to finish.

In this extract, from the chapter ‘The Presidency and the Constitution’, Langa reveals a president willing to subject himself to the rule of law to show his commitment to ‘abide by the decisions of our courts’ and that ‘all South Africans should likewise accept their rulings’.

As president, Nelson Mandela’s relationship with the judiciary would be severely tested. And for someone who ended up presiding over the creation of one of the world’s most admired constitutions, Mandela’s relationship with South Africa’s courts had not always been favourable. As a young lawyer he’d had constant skirmishes with magistrates who objected to his seemingly “uppity” attitude. It didn’t help that he was six foot two inches and always immaculately dressed during court appearances, projecting an image that was inimical to the old-school image of an African. He also had a disconcerting knack of ensuring that, whatever the subject of proceedings, he found his way back to what he really wanted to talk about.

The speech he made from the dock on 20 April 1964, during the last months of the Rivonia Trial, is a case in point. Facing a probable death sentence, Mandela told the court – and the world – that he had “cherished the ideal of a democratic and free society in which all persons live together in harmony and with equal opportunities. It is an ideal which I hope to live for and to achieve. But if needs be, it is an ideal for which I am prepared to die.”

It was only in prison that Mandela completed part-time the law degree he had started in 1949. Through years of study he had been unable to complete the degree at the University of the Witwatersrand. But, incarcerated on Robben Island, he studied for his LLB from the University of South Africa (Unisa) by correspondence, finally graduating in absentia in 1989.

After his release, his first encounter with the justice system was an affront to his dignity when he sat – a lonely, if stoical, figure – in the public gallery of the Rand Supreme Court in May 1991, witnessing the mortification of his then wife, Winnie, on trial for assault and kidnapping.