People’s War: New Light on the Struggle for South Africa – a new edition of Anthea Jeffery’s seminal work
More about the book! 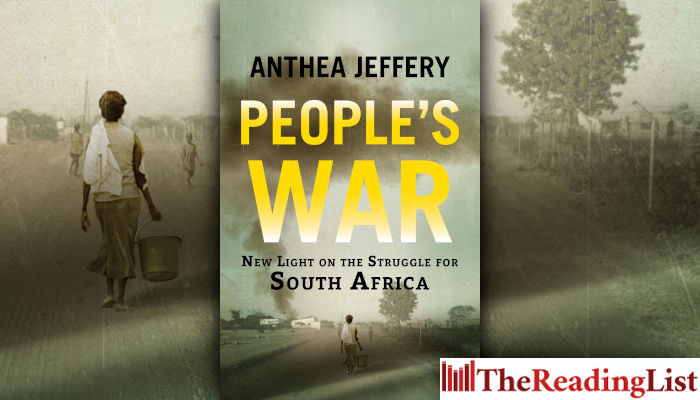 This book shows the extraordinary success of the people’s war in giving the ANC a virtual monopoly on power, as well as the great cost at which this was done.

Twenty-five years have passed since South Africans were being shot, hacked or burned to death in political conflict. The memory of the trauma has faded where some 20,500 people were killed between 1984 and 1994. Conventional wisdom claims that they died at the hands of a state-backed Third Force. The more accurate explanation is that they died as a result of the people’s war the ANC unleashed.

After the people’s war began in September 1984, intimidation and political killings rapidly accelerated. At the same time, a remarkably effective propaganda campaign put the blame for violence on the National Party government and its alleged Inkatha surrogate. Sympathy for the ANC soared, while its rivals suffered crippling losses in credibility and support.

By 1993 the ANC was able to dominate the negotiating process, as well as to control the militarily undefeated police and army and bend them to its will. By May 1994 it had trounced its rivals and taken over government.

Many books have been written on South Africa’s political transition, but none deals adequately with the people’s war. This book does. It shows the extraordinary success of the people’s war in giving the ANC a virtual monopoly on power, as well as the great cost at which this was done. Apart from the terror and killings it sparked, the people’s war set in motion forces that cannot easily be tamed.

Contemporary South Africa and the problems it confronts cannot be fully understood without a knowledge of the scars and damaging legacy of the people’s war.

For this new edition of her seminal work, Anthea Jeffery has revised and abridged her book. She has also included a brief overview of the ANC’s National Democratic Revolution, for which the people’s war was intended to prepare the way. Since 1994, the NDR has incrementally been implemented in many different spheres. It is also now being speeded up in its current and more ‘radical’ phase.

Anthea Jeffrery holds law degrees from the University of the Witwatersrand and Cambridge, and a doctorate in human rights law from the University of London. Her previous books include The Natal Story: Sixteen Years of Conflict and The Truth about the Truth Commission. Both books have been acclaimed for their meticulous and objective approach, and for breaking new ground on important and contentious issues.