Out now from the Picador Africa Heritage Series: Call Me Woman by Ellen Kuzwayo
More about the book! 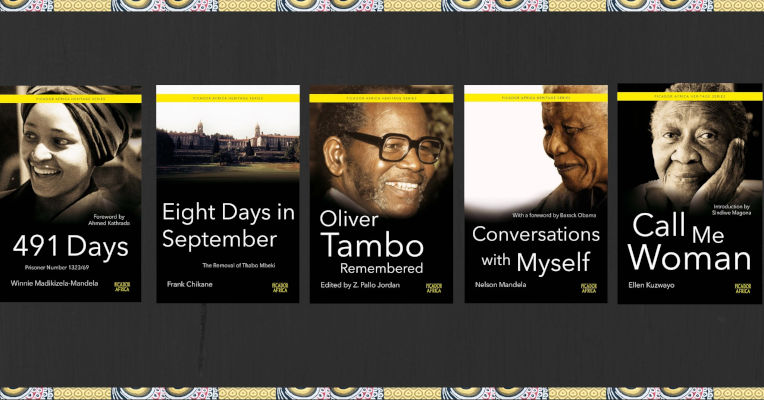 491 Days: Prisoner Number 1323/69 by Winnie Madikizela-Mandela, Conversations with Myself by Nelson Mandela, Eight Days in September by Frank Chikane and Oliver Tambo Remembered by Zweledinga Pallo Jordan have all been rereleased as part of the series.

These stories detail our rich history and the impact of formidable leaders and events that have shaped South Africa.

The latest book in the series is Ellen Kuzwayo’s seminal work Call Me Woman, with a new introduction by Sindiwe Magona.

The resonance of Call Me Woman is as great in 2018 as when it was first published in 1985. Like millions of black South Africans made strangers in the land of their birth, Ellen Kuzwayo lost a great deal in her lifetime: the farm in the Orange Free State which had belonged to her family for nearly a hundred years; her hopes for a full and peaceful life for her children; even her freedom, when, at the age of 63, she found herself detained under the so-called Terrorism Act for an offence never specified.

But she never lost her courage.

This remarkable autobiography refuses to lose focus only on the author, for it draws on the unrecorded history of a whole people. In telling her own personal and political story over 70 years, Ellen Kuzwayo speaks for, and with, the women among whom she worked and lived. Their courage and dignity remain a source of wonder.