Ougat: From A Hoe Into A Housewife And Then Some – Shana Fife’s writing is like nothing you’ve read before
More about the book! 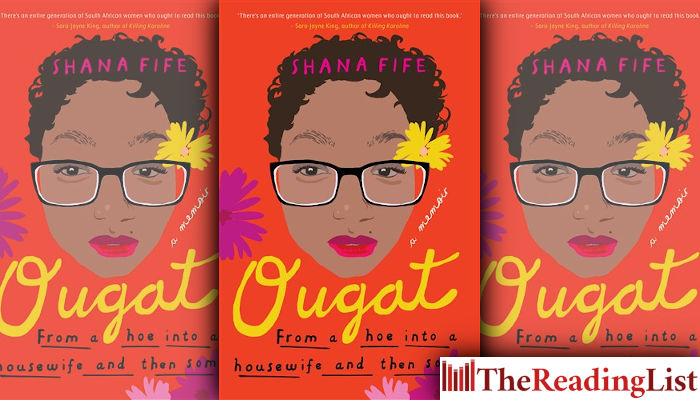 Ougat: From A Hoe Into A Housewife And Then Some by Shana Fife will be out in June 2021 from Jonathan Ball Publishers.

I was three months shy of my 21st birthday, and I had committed the one unforgivable act for a Coloured girl from the Cape Flats. I sat on the toilet, staring at the pregnancy test, mostly confused by how I had fallen so far down the social ladder so quickly. The sex I had been having wasn’t even worth the trouble I was in. But the two lines that were almost glowing in one of the darkest moments of my life were there, and they weren’t fading.

By the time Shana Fife is 25 she has two kids from different fathers. To the Coloured people she grew up around, she is a jintoe, a jezebel, jas, a woman with mileage on the pussy. She is alone, she has no job and, as she is constantly reminded by her family, she is pretty much worthless and unloveable. How did she become this woman, the epitome of everything she was conditioned to strive not to be?

Unsettlingly honest and brutally blunt, Ougat is Shana Fife’s story of survival: of surviving the social conditioning of her Cape Flats community, of surviving sexual violence and depression, and of ultimately escaping a cycle of abuse.

Exploring themes of sexuality, marriage and motherhood, rape, drugs and depression and cultural identity, Shana describes – with the self-deprecating humour her followers love so much – what it means to be a Coloured woman, who gives Coloured womanhood meaning and, ultimately, how surviving life as a Coloured woman means being OK with giving a giant ‘fuck you’ to the norm.

A powerful, fresh and disarming new voice – Shana’s writing is like nothing you’ve read before.

Shana Fife is a work-from-home mother of three who runs a very successful blog. She has a BA in Live Performance, Music and Film from AFDA Film School and a Certificate in Journalism from City Varsity. She does content production for various businesses. She is a 2019 fellow of the Jakes Gerwel Foundation and NB Publishers’ mentorship programme. This will be her first book.