Operation Mandela by Willem Laubscher: The true story behind the chaos when an Afrikaans doctor operated on Nelson Mandela
More about the book! 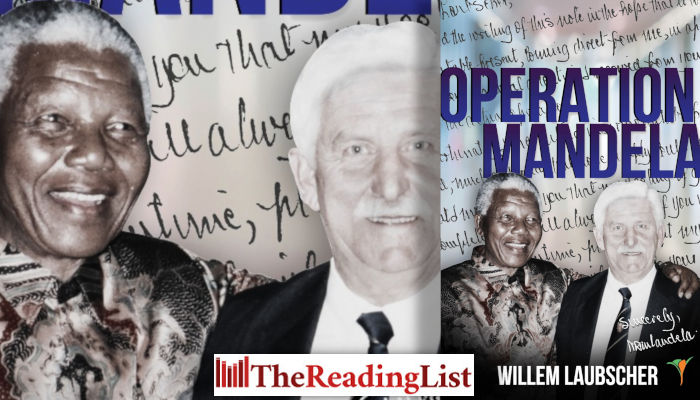 What happened in the late 1980s when a white, Afrikaans doctor performed surgery on Nelson Mandela? Willem Laubscher tells all in Operation Mandela.

The late 1980s was a highly politicised environment. Willem Laubscher was healing some of the world’s best-known political prisoners, among them Walter Sisulu and Govan Mbeki. When Nelson Mandela was scheduled for a similar operation, all hell broke loose.

The National Party was quietly plotting to smuggle Mandela out of the country, possibly hoping that he would escape, while the ANC was scoring points by casting doubt on the medical services that white doctors like Laubscher was willing to provide to the political prisoners.

Meanwhile, in most ironic of twists, the security police was taking desperate measures to ensure Mandela’s safety – the country could simply not afford an assassination attempt.

Laubscher was the medical practitioner in the eye of this storm; Nelson Mandela was the calm strategist who had held out against pressure from both the jittery NP government and the increasingly boisterous ANC, with Winnie Mandela already larger than life, stoking the media and exploiting every available loophole to embarrass the National Party.

This is the story of a few weeks of diplomatic chaos, and a security operation that completely overshadowed the medical procedure Mandela was scheduled for.

This book was published with the assistance of the Nelson Mandela Foundation.