Of Blood and Bone, the new book by Nora Roberts – an epic story of love, war, family and magic
More about the book! 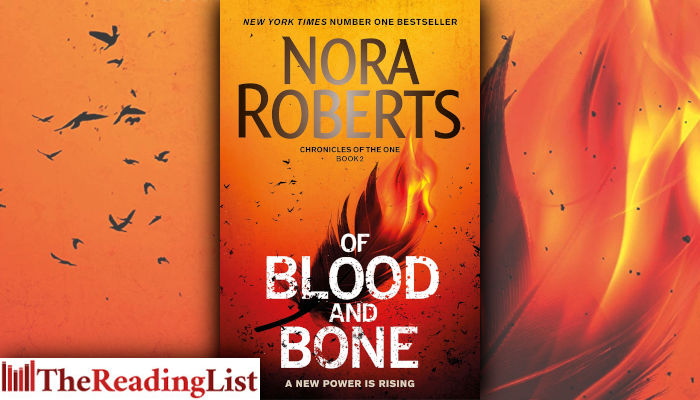 Of Blood and Bone by Nora Roberts – the gripping sequel to the number one bestseller Year One.

13 years ago, a catastrophic pandemic known as The Doom killed billions.

For those left behind, it is a chance to build a new world. But The Doom was no ordinary virus. In some survivors, it awoke strange powers – to heal, to harm, even to predict the future.

Fallon Swift has no memories of the old world – but she is destined to shape this new one. Growing up with her three brothers on a quiet farm, she has been protected from danger by her mother and stepfather.

Now she must leave them, and learn to fight. Because Fallon is not only a powerful ‘Uncanny’ – she also has a pivotal role to play in the bloody battles ahead. A war between good and evil is brewing, and Fallon – young, tough, headstrong – must be ready.

A sequel to the number one bestselling Year One, this breathtaking novel of love, war, family and magic is a gripping and deeply satisfying continuation of an extraordinary new trilogy.

Though it’s the middle book in a planned trilogy, this can be read on its own and will appeal to fans of fast-paced dystopian tales with a strong heroine.
– Publishers Weekly