Non-advice to aspiring writers, from Damon Galgut
More about the book! 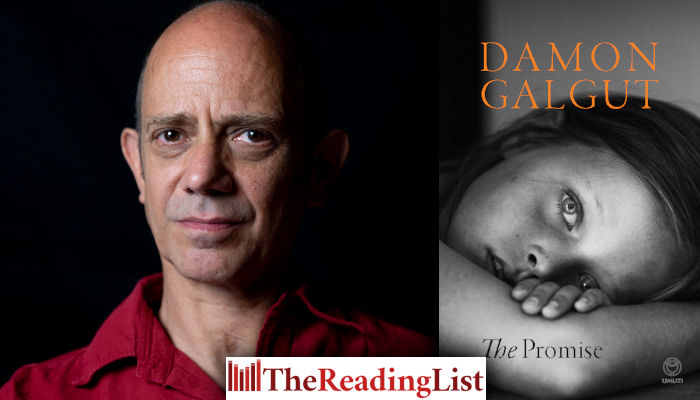 ‘Let me start my advice to aspiring writers by saying that my advice won’t help you.’ Well, at least novelist Damon Galgut is honest.

Galgut’s most recent novel, The Promise, is currently shortlisted for the Booker Prize.

UPDATE: Galgut has been announced the winner of the 2021 Booker Prize.

‘I’m ceaselessly amazed by people who want to write books but aren’t interested in reading them.’

Writing fiction is a highly personal activity, so your biggest asset and enemy in the process is yourself. And nobody knows better than you what that involves.

So you may, for example, have a pernickety and controlling nature, which won’t allow you to start writing before you know exactly what happens at every stage of the plot. If this sounds like you, any advice I offer will be useless. Orderly, regulated writing is not my territory and I have nothing to tell you.

On the other hand, if the prospect of a writing-day fills you with dread, to the point where you’d rather do almost anything else instead, then you may want to pay attention to what follows.
My first piece of non-advice is this: don’t go against the grain of your nature. If you like fixed working hours, then set them for yourself. If routine makes you anxious, don’t follow a routine. If you can only focus in little concentrated bursts, then do it like that. No need to make it harder than it is.

On the other hand, learn to strategise against yourself. If you’re good at procrastination, start your day by writing a couple of sentences. Doesn’t matter how bad they are; just engage with the work. You’ll find you return to it later, even if you don’t want to.

Write the kind of book you like to read, whatever that may be. It’s probably what got you interested in the first place.

By extension, do read. All the time, as much as you can. I’m ceaselessly amazed by people who want to write books but aren’t interested in reading them. What’s the point? You have to keep your brain excited by what’s possible.

A book is a long slog, so just deal with what you can at any moment. If you think of the book as a journey of several years, you may have the whole route worked out on a map, but the only thing that matters is what’s in your headlamps right now.

First drafts are a mess, so let them be messy. I’ve learned over time just to get the shape of the thing down. Don’t be held back by your manifold shortcomings; tell yourself you can sort them out later. Because you can. Real writing mostly happens in the re-writing. If there’s pleasure in the process, it comes from the feeling of refining and shaping what felt unrefined and shapeless to begin with. There’s a sense in which writing is a series of problems to be solved, starting with the big ones and zooming slowly in on the tiny particularities. It doesn’t matter at which point you find your answers, so take as much time as you like. It’s urgent that you begin writing; it’s not urgent that you finish.

These tactics work for me, because I’m the obstacle I’m trying to overcome. Your problems and their solutions belong to you. The only thing writers have in common is the activity; all the rest is unique. So throw this page aside and get down to what really matters …

The Promise is out now.