Ninth House by Leigh Bardugo – the instant Sunday Times and New York Times bestseller that Stephen King calls ‘impossible to put down’
More about the book! 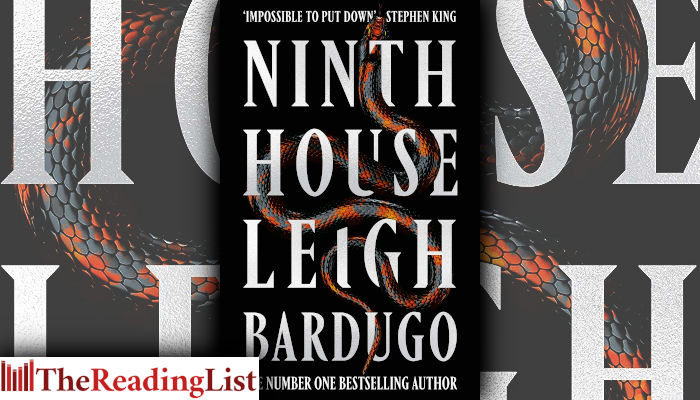 Ninth House is the mesmerising adult debut from Leigh Bardugo – a tale of power, privilege, dark magic and murder set among the Ivy League elite.

Alex Stern is the most unlikely member of Yale’s freshman class. A dropout and the sole survivor of a horrific, unsolved crime – the last thing she wants is to cause trouble. Not when Yale was supposed to be her fresh start. But a free ride to one of the world’s most prestigious universities was bound to come with a catch.

Alex has been tasked with monitoring the mysterious activities of Yale’s secret societies – societies that have yielded some of the most famous and influential people in the world. Now there’s a dead girl on campus and Alex seems to be the only person who won’t accept the neat answer the police and campus administration have come up with for her murder.

Because Alex knows the secret societies are far more sinister and extraordinary than anyone ever imagined.

They tamper with forbidden magic. They raise the dead. And, sometimes, they prey on the living …

New York Times bestseller Leigh Bardugo is the author of the Young Adult fantasy Grisha books (Shadow and Bone and Siege and Storm). Born in Jerusalem, Leigh grew up in Los Angeles and is a graduate of Yale University.