New novel by SJ Naudé to be published in the UK
More about the book! 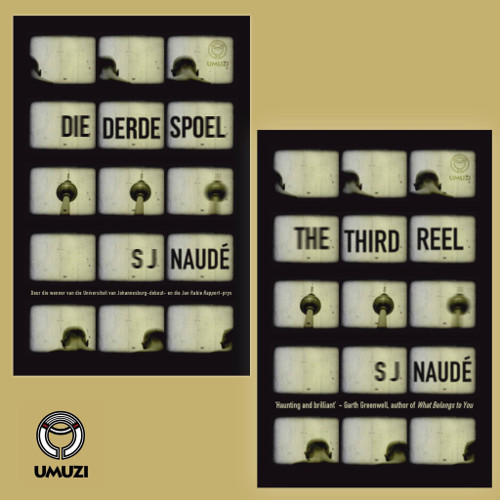 Following on the United Kingdom edition of his critically acclaimed short stories, SJ Naudé’s novel The Third Reel by will be published in the UK in April 2018 by Salt Publishing.

Ambitious and cosmopolitan, the novel opens in London in 1986, the time of Thatcher, anti-apartheid campaigns and Aids, but also of postmodern art, post-punk rock, and the Royal Vauxhall Tavern. Twenty-two-year-old Etienne is studying film in the British capital, having fled conscription in his native South Africa. Adrift in a city cast in shadow, he falls in love with a German artist while living in derelict artists’ communes.

When Etienne finds the first of three reels of a German film from the 1930s, he begins searching for the missing film, a project that turns into an obsession when his lover disappears in Berlin. It is while navigating this city divided by the Wall that Etienne gradually pieces together the history of a small group of Jewish film makers in Nazi Germany. It is a desperate quest amid complications that pull him back to the present and to South Africa. However, his search for the missing reels continues.

Garth Greenwell, author of What Belongs to You, comments, ‘I read this haunting and brilliant book in a white heat of wonder. At once Bildungsroman, intellectual mystery, and thriller reimagined as vision quest, The Third Reel gives that rare excitement peculiar to great novels: the thrill of discovering a new and necessary world.’

More about the author

SJ Naudé studied law at the University of Pretoria as well as at Cambridge and Columbia. He also holds a master’s degree in creative writing. He is a past winner of the University of Johannesburg Debut Prize and the Jan Rabie Rapport Prize, and was awarded the Jan Rabie and Marjorie Wallace Writing Scholarship for 2014. His work has appeared in Granta and journals in the United States, the Netherlands, and Italy. Having worked in New York and London for many years, he currently lives in Johannesburg.