New book alert! The Man Who Never Was – the debut novel by business consultant Douglas Kruger
More about the book! 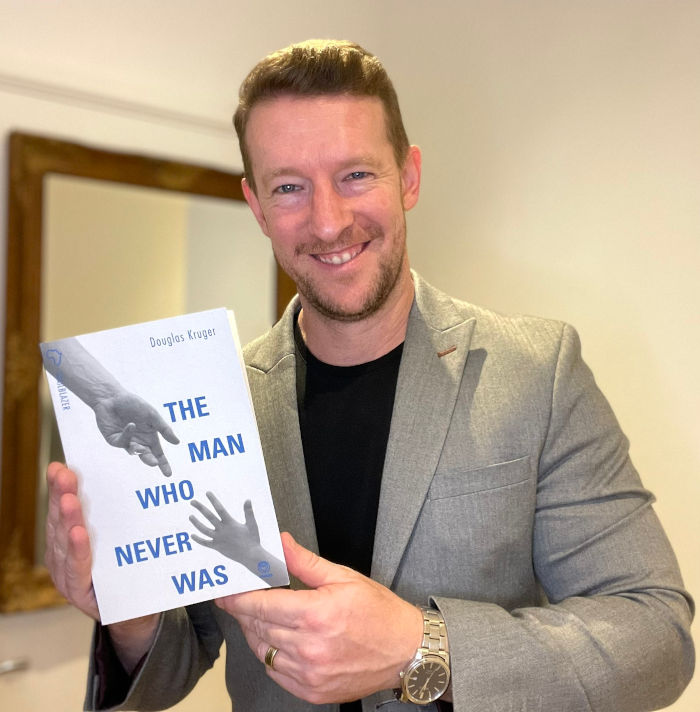 The Man Who Never Was, the debut novel from speaker and business author Douglas Kruger, is out now from Penguin Random House SA.

How far would you go to save your child?

David shares a close bond with his eight-year-old son, Chris, but their family is destroyed when David dies.

In the afterlife, he is given an opportunity. He is told that he may be granted three viewings by which to look in on his son. The terms are strict: he cannot help his boy. He cannot reach him, or teach him, or in any way change the course of his life.

David agrees, and on three separate occasions observes his son’s unfolding story. The first viewing takes place one year after his own death. The second shows him his son at the age of nineteen. David’s final viewing shows him the final days of Chris’s life.

What David sees will not leave him, and he decides to make a simple but impassioned request.

Douglas Kruger is an international speaker, and the author of eight business books with Penguin, including bestselling titles like Own Your Industry: How to Position Yourself as an Expert and Poverty Proof: 50 Ways to Train Your Brain for Wealth. In honour of excellence in his craft, Kruger has been inducted into the Speakers Hall of Fame. He also hosts a popular daily YouTube show, called ‘From Amateur to Expert’.

Footnotes, June 2019: Book links from around the web