New book alert! The Eyes of the Naked, the debut novel by Litha Hermanus
More about the book! 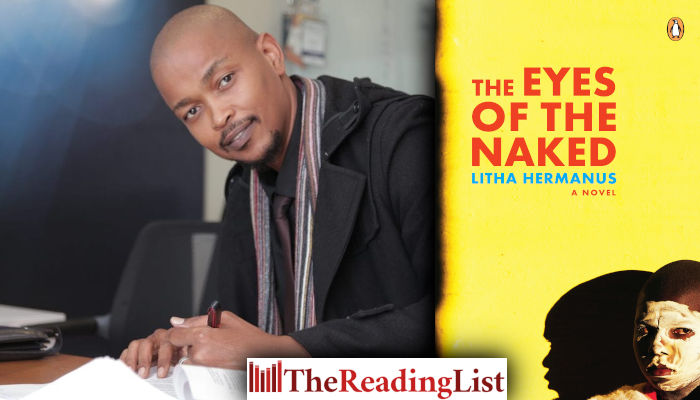 Amid the chaos, he’d fled on foot from the crime scene. He ran under the cover of night, his escape aided by a series of broken street lamps. He’d come away with nothing save the clothes on his back – and now his son.

After becoming embroiled in a robbery, Nakedi Solomon flees to Mthatha, taking his boy with him – without his ex-wife’s knowledge.

But the Eastern Cape offers no refuge: his young brother has run away from home, possibly to a suspicious circumcision school.

Drawn into the hunt for his sibling while he evades the law, Nakedi will smash into his history, and the norms of society and culture, to ask: What does it mean to be a man? To be a father?

On this unexpected journey, a new consciousness awakens inside him.

Litha Hermanus has worked as an international cabin attendant, a language teacher, and a radio producer and co-presenter. He has also done some acting and worked in music. Currently a development consultant at the Embassy of Japan, he lives with his wife and son in Pretoria. He is a student and speaker of the Japanese language and holds a joint honours degree in Media Studies and English Literature, as well as a master’s degree in Creative Writing, from Wits University.