New book alert! Rockonomics: What the Music Industry Can Teach Us About Economics (and Our Future)
More about the book! 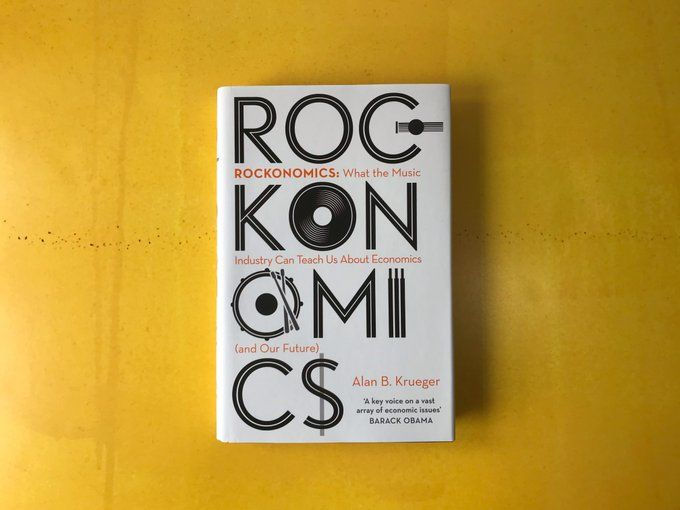 In Rockonomics, Alan Krueger uses the music industry, from rock artists to music executives, from managers to promoters, as a way in to explain the principles of economics, and the forces shaping our economic lives.

Krueger is the former chairman of the president’s Council of Economic Advisers.

‘A key voice on a vast array of economic issues.’ – Barack Obama

As economists recognise, the music industry is often a leading indicator of today’s economy; it is among the first to be disrupted by the latest wave of technology, and examining the ins and outs of how musicians create and sell new songs and plan concert tours offers valuable lessons for what is in store for businesses and employees in other industries that are struggling to adapt.

Drawing on interviews with leading band members, music executives, managers, promoters, and using the latest data on revenues, royalties, tour dates, and merchandise, Rockonomics takes readers backstage to show how the music industry really works – who makes money and how much, and how the economics of the music industry has undergone a radical transformation during the last 20 years.

Before digitalisation and the ability to stream music over the internet, rock musicians made the bulk of their income from record sales. Today, income from selling songs has plummeted, even for superstars like Taylor Swift; the real money nowadays is derived from concert sales. In 2016, for example, Billy Joel earned $212.4 million from his live performances, and less than $1 million from record sales and streaming. Even Paul McCartney, who has written and recorded more number one songs than anyone in music history, today, earns 93 percent of his income from live concerts.

Krueger tackles common questions: How does a song become popular? And how does a new artist break out in today’s winner-take-all economy?