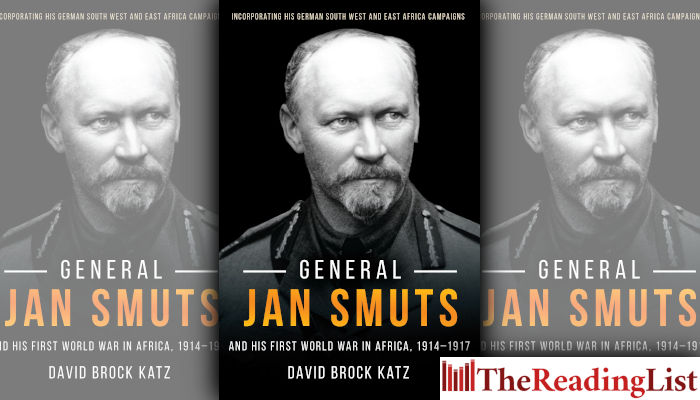 General Jan Smuts and His First World War in Africa, 1914–1917 by David Brock Katz is out now from Jonathan Ball Publishers.

Jan Smuts grabbed the opportunity to realise his ambition of a Greater South Africa when the First World War ushered in a final scramble for Africa. He set his sights firmly northward upon the German colonies of South West Africa and East Africa.

Smuts’s abilities as a general have been much denigrated by his contemporaries and later historians, but he was no armchair soldier. He first learned his soldier’s craft under General Koos de la Rey and General Louis Botha during the South African War (1899−1902). He emerged from that conflict immersed in Boer manoeuvre doctrine.

After forming the Union Defence Force in 1912, Smuts played an integral part in the German South West African campaign in 1915. Placed in command of the Allied forces in East Africa in 1916, he led a mixed bag of South Africans and imperial troops against the legendary Paul von Lettow-Vorbeck and his Schutztruppen. His penchant for manoeuvre warfare and mounted infantry freed most of the vast German territory from Lettow-Vorbeck’s grip.

General Jan Smuts and his First World War in Africa provides a long-overdue reassessment of Smuts’s generalship and his role in furthering the strategic aims of South Africa and the British Empire during this era.