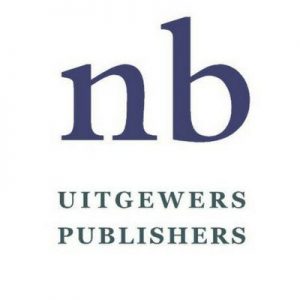 With close to 200,000 copies sold since it first appeared at the end of October 2017, Jacques Pauw’s political exposé The President’s Keepers has been a runaway bestseller in South Africa. Published by NB Publishers under the Tafelberg imprint, it is now also on its way to international bookshelves, following the sale of European and North American rights to New York publisher Verso Books.

This is but one of a number of international rights deals concluded by NB Publishers on behalf of its authors over the past few months. Based in Cape Town, NB Publishers publishes English and Afrikaans fiction, nonfiction, children’s books, Christian literature, educational books and dictionaries under seven imprints, including Tafelberg, Human & Rousseau, Kwela, Queillerie and Lux Verbi.

Locally, film and television rights for The President’s Keepers were scooped up by Johannesburg based Palama Productions, a company that intends turning it into a TV series.

In December last year, NB Publishers also sold the film rights to Julian Jansen’s The De Zalze Murders to a Hollywood production company, Comflix Studios. In the book, also published under the Tafelberg imprint, Jansen details the 2015 Stellenbosch axe attack which led to the arrest and trial of Henri van Breda for the murder of his parents and brother.

Another book that might be turned into a documentary series is Eugene de Kock: Assassin for the State by Anemari Jansen, published by Tafelberg. The film and TV rights have been acquired by Bradley Glenn, an award-winning and Emmy-nominated producer based in Los Angeles.

Other local nonfiction titles finding international favour include Making Africa Work by Greg Mills, Jeffrey Herbst, Olusegun Obasanjo and Dickie Davis (Tafelberg), to be translated into German by Tessa Publishing. North American, European and UK publication rights as well as Arabic translation rights to Making Africa Work were previously sold. Marianne Thamm’s unconventional life story, Hitler, Verwoerd, Mandela and Me (Tafelberg), will appear in German with Tessa Publishing, and The Truth About Relationships by Stefan Blom (Human & Rousseau) will be translated into Romanian by Niculescu in Bucharest.

On the fiction side, the seminal 2001 K Sello Duiker novel The Quiet Violence of Dreams (reissued by Kwela) will be translated into Spanish by Baile de Sol, while German translation rights to Qarnita Loxton’s novel Being Kari (Kwela), about a woman who returns to her estranged Muslim family following her husband’s infidelity, were sold to btb Verlag.

Overseas translation rights have also been sold to seven Afrikaans titles. A French translation of Francois Smith’s best-selling novel Kamphoer (Tafelberg) is underway and will be published by Actes Sud. The novel, locally also available in English as The Camp Whore, is based on the true story of a young woman who was raped and left for dead in an Anglo Boer War concentration camp. It was previously translated into Dutch.

‘International exposure for our authors raises awareness of the quality of South African literature as a whole and we’re proud of our contribution in this regard in the highly competitive world market,’ says Marga Stoffer, publishing manager at NB Publishers. ‘It is to the credit of local authors that so many of their works can be found on overseas bookshelves, alongside the world’s great authors.’