James Patterson’s masterpiece The Kennedy Curse – a revealing account of America’s most famous family
More about the book! 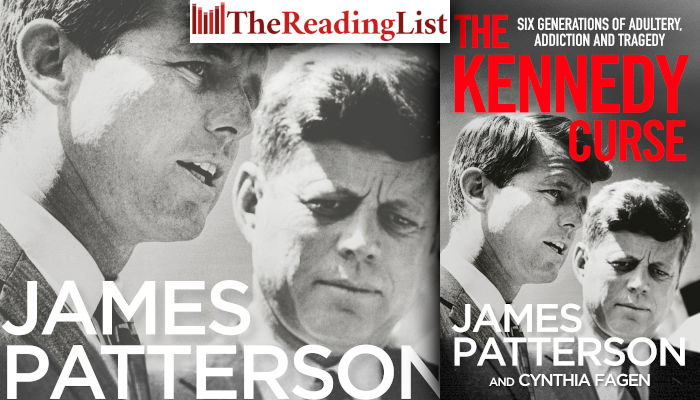 Penguin Random House SA is proud to announce the publication of The Kennedy Curse: Six Generations of Adultery, Addiction and Tragedy by James Patterson!

Kennedys were always taught to win at all costs. And they did – but the costs were unimaginable …

Across decades and generations, the Kennedys have been a family of charismatic adventurers, raised to take risks and excel. Their name is synonymous with American royalty. Their commitment to public service is legendary. But, for all the successes, the family has been blighted by assassinations, fatal accidents, drug and alcohol abuse and sex scandals.

To this day, the Kennedys occupy a unique, contradictory place in the world’s imagination: at once familiar and unknowable; charmed and cursed. The Kennedy Curse is a revealing, fascinating account of America’s most famous family, as told by the world’s most trusted storyteller.

‘When I wrote my first novel after several non-fiction works about politics, James Patterson lovingly lambasted me for infringing on his thriller territory. Now I know how he feels as he crosses into non-fiction politics with this juicy and entertaining look at a political family that continues to wield power and influence. He’s too good – it isn’t fair!’ – Jake Tapper, CNN anchor and author of The Hellfire Club

TV rights have been optioned by Barbara Hall, creator of Judging Amy, Madam Secretary and co-producer of Homeland.

The Kennedy family are a US political dynasty, who hold perennial intrigue for readers the world over and continue to appear in headlines around the world.

In this fascinating narrative, Patterson recounts the intimate lives of each generation of the Kennedy family, from Patrick Kennedy’s arrival in Boston from Ireland in 1849 to the tragic overdose and subsequent death of Saoirse Kennedy Hill in 2019. Readers interested in politics and political life, as well as family dynamics and multi-generational stories will be gripped by The Kennedy Curse.

The US Presidential Election in 2020 will dominate headlines, and interest in previous presidents will be at a peak, therefore The Kennedy Curse will be the perfect book to sate the public’s appetite for insights into the US presidency and all it entails.

James Patterson is one of the best-known and biggest-selling writers of all time. His books have sold in excess of 385 million copies worldwide. He is the author of some of the most popular series of the past two decades – the Alex Cross, Women’s Murder Club, Detective Michael Bennett and Private novels – and he has written many other number one bestsellers including romance novels and stand-alone thrillers.

James is passionate about encouraging children to read, and has donated millions in grants to independent bookshops and has been the most borrowed author of adult fiction in UK libraries for the past twelve years in a row. He lives in Florida with his wife and son.