It’s a Continent – a new book that reveals the histories you were never taught in school
More about the book! 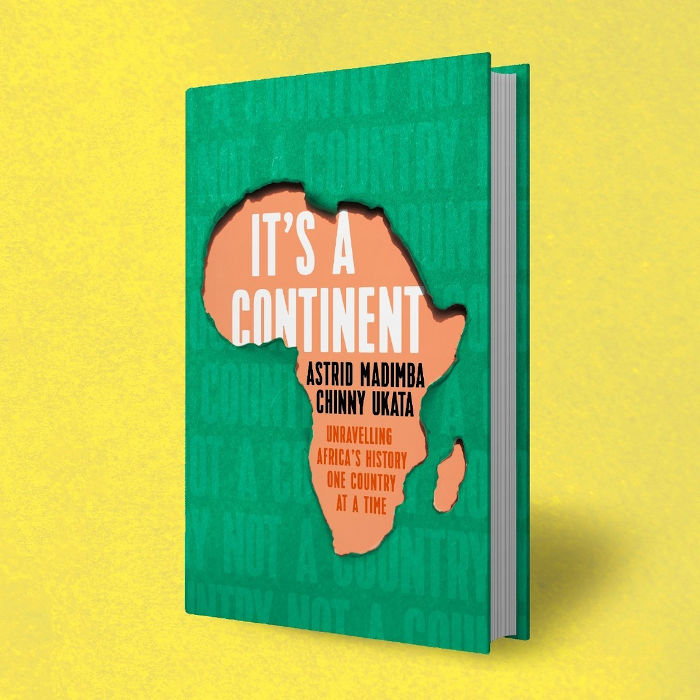 It’s a Continent: Unravelling Africa’s History One Country at a Time by Astrid Madimba and Chinny Ukata is out now from Jonathan Ball Publishers.

Why is Africa still perceived as a single country?

How did African soldiers contribute to World War II?

Who else led the charge against Apartheid in South Africa?

How did an African man become one of the wealthiest people in history?

There are (hi)stories you were never taught in school.

It’s a Continent delves into these stories and reveals an Africa as you’ve never read it before.

Breaking down this vast, beautiful, and complex continent and exploring each nations’ unique history and culture, It’s a Continent highlights the key historical moments that have shaped each nation and contributed to its modern global position. Each chapter focuses on a different country and uncovers stories that mainstream education doesn’t address at its peril.

This book aims to highlight the consequences of colonialism and how this legacy reverberates today, as well as how many African countries continue to re-build in its wake.

It’s a Continent is a bold and colourful corrective to the perception of Africa as a monolith. It reveals the fascinating, often overlooked, histories of its 54 nation states too often misrepresented, its inhabitants and its place in the world too often neglected.