‘It was a big surprise to me when I found my voice in novels.’ – Taylor Jenkins Reid
More about the book! 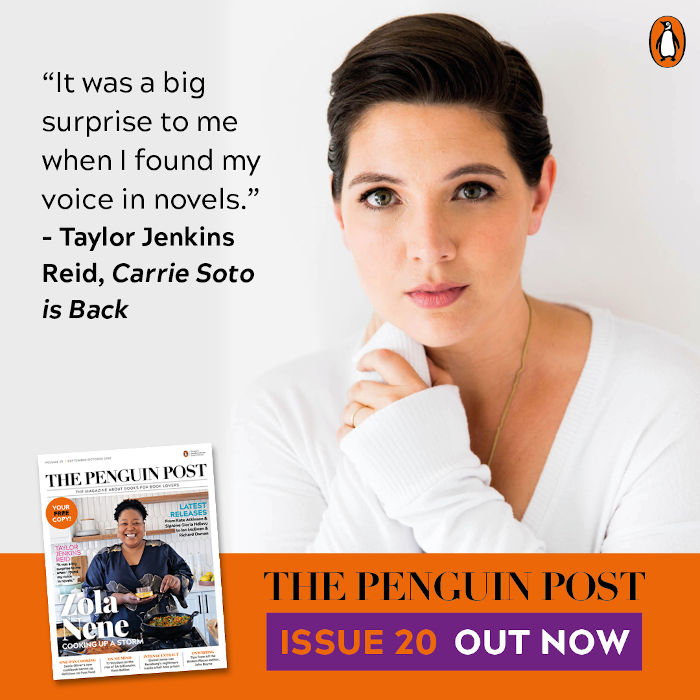 Taylor Jenkins Reid on chasing ideas, writing badly and her next project.

Reid’s new novel Carrie Soto Is Back is out now from Penguin Random House SA!

I didn’t immediately know that I wanted to be a writer. I took writing classes when I studied media at college, but only because I was more interested in those than the other production classes.

Perhaps that should have told me something … When I moved out to Los Angeles, I did it with the intention of working in Hollywood, and it was a big surprise to me when I found my voice in novels, instead. But I absolutely think my training – both at school and on-the-job in Hollywood – have contributed to how I tell a story.

One of the biggest lessons I have learned over the course of writing my four books about fame is that I can – and should – trust that little part of my brain that lights up when I think about various settings in the world. If something excites me, I will follow it. When I listen to a duet and get an idea for a book about rock singers, when I’m on the shores of Malibu and get an idea for a party, when I’m watching Serena Williams at the US Open, I get this little flutter of an idea. And I’ve learned how to tell myself, “OK, see if there’s anything there. Why not?”

Then I jump right in. I don’t plan or plot anything out … Which is why my first drafts are terrible. At the start of it, I’m way too excited to slow down and by the time I get to the middle, I’ve gotten myself into such a pickle that I just have to find my way out. But after a few drafts, I eventually find a good flow. And if there’s one writing hack that I can’t emphasise enough, it’s to give yourself permission to write something bad. Then go back and fix it.

But I do spend a lot of time researching before I start writing. I want to know who really existed in this space before I go creating my own person. And then I start taking details from loads of different people and places, adding in contradictions, and putting them at the centre of my particular story to see what happens. It’s embarrassing to admit but after hours and hours of writing these characters, I do start to hear them in my head. And they sometimes stick around for quite a while.

At the moment, though, I don’t know what I’ll be writing next, which is a first for me in my ten years of writing novels. It’s scary and thrilling all at once. And I’m just as curious as you what lies ahead.

Carrie Soto is Back is out now.

By the time Carrie retires from tennis, she is the best player in the world. She has shattered every record and claimed twenty Slam titles. But six years after her retirement, Carrie watches as her record is taken from her at the 1994 US Open by a brutal British player named Nicki Chan. So, at thirty-seven years old, Carrie makes the monumental decision to come out of retirement and train for one last year in an attempt to reclaim her record. Even if her body doesn’t move as fast as it did. And even if it means swallowing her pride to train with a man she once almost opened her heart to. A riveting and unforgettable novel about the cost of greatness.